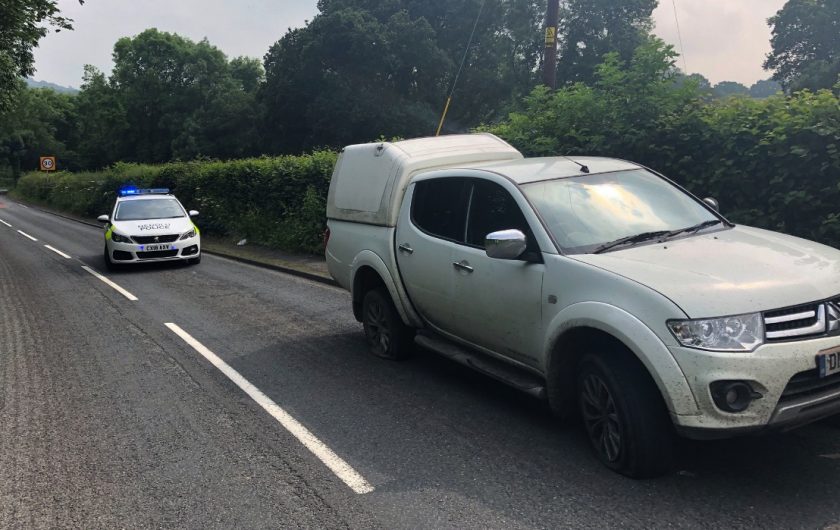 Police say three people were arrested this afternoon following the pursuit which ended near Pontblyddyn.

A large police presence including a helicopter was reported in the area around 3pm. 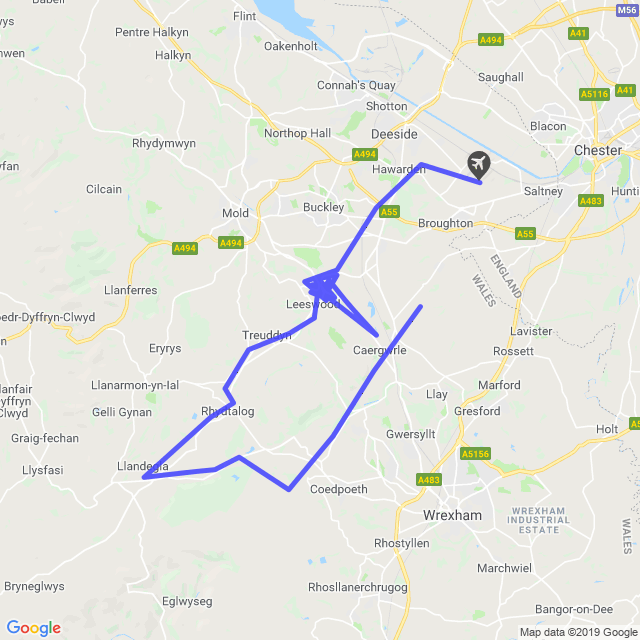 Police say a Mitsubishi L200 was stolen in the western part of the force area earlier today and was later sighted at Rhydtalog.

Police pursued the vehicle and a stinger was deployed at Pontblyddyn puncturing on of the vehicles tyres.

A video posted on a Leeswood Facebook page shows the moment the stinger was deployed.

The moment a police ‘stinger’ was deployed to stop a stolen pickup truck during a pursuit in Flintshire this afternoon. https://t.co/G2MHtWkRbP pic.twitter.com/EzDyLWgP35

Police say the driver was arrested, two vehicles travelling in convoy with the stolen car were also stopped in Pontblyddyn, the two drivers arrested on suspicion of conspiracy to steal a vehicle.

“The vehicle was successfully and safely stopped in Pontblyddyn after a Mold officer deployed a stinger device puncturing the tyres. A suspect has been arrested for numerous offences and is currently in custody probably feeling a tad deflated.”