All lanes back open on the M56 eastbound following earlier vehicle fire at Lymm Interchange. 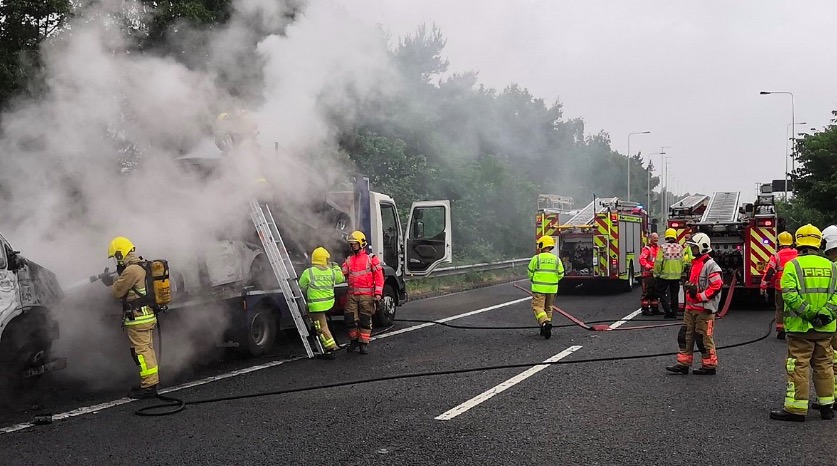 UPDATE: All lanes are now open on the link road from M56 J9 eastbound to M6 J20 northbound, near Lymm, following an earlier lorry fire and fuel spill.

PREVIOUS REPORT: Police are asking drivers avid the M56 Eastbound near junction 9 due to a car transporter fire at the Lymm Interchange.

Cheshire Police says “There are currently serious delays on the M56 eastbound due to a vehicle fire at Lymm Interchange. The slip road off the motorway at junction 9 is currently closed while @CheshireFire deal with the incident.”

Slip road is blocked as you head from the M56 Eastbound onto the M6 North.

A car has set on fire on the back of a transporter. Fire services arrived on scene around 08:35.”