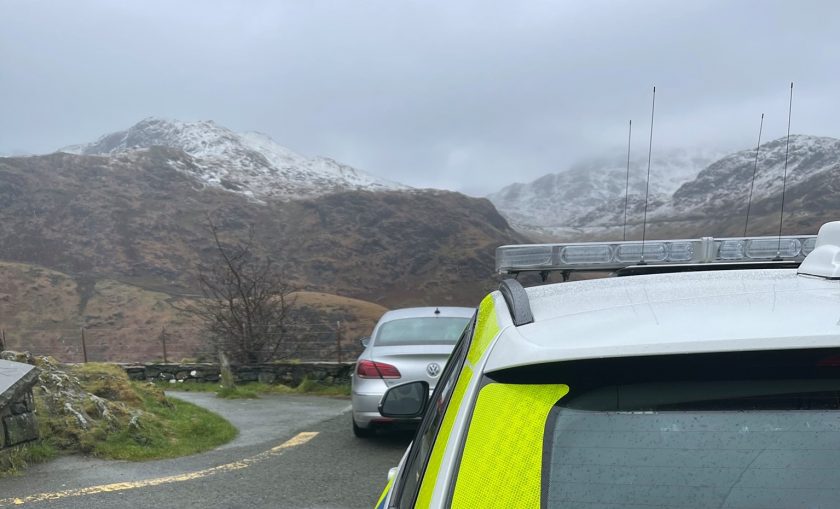 North Wales Police have handed out 990 fines to people breaching lockdown restrictions since they came into force last March.

Officers on Wales and England have issued a total of 68,952 fixed penalty notices for breaches of Coronavirus restrictions up to 14 February.

The latest provisional figures released by the National Police Chiefs’ Council show that 26,277 fines were processed between the end of the last reporting period, 17 January, and 14 February.

The total fixed penalty notices handed in North Wales increased by over 33 percent during the latest level 4 lockdown which began in December, with 331 handed out.

That includes three people from London being handed a fixed penalty notice after travelling to North Wales to try and take drone footage.

Three sightseers from Lancashire were reported for breaching the Covid regulations when they went to the Llandudno area last week to take in the views from the Little Orme.

A group of four people who travelled to Snowdonia to take promotional photos of a shoe brand were also reported for breaching Covid regulations on Sunday.

“We are still in a really dangerous stage of a pandemic which has killed more than 120,000 people. Eleven months on and back into a national lockdown, the rules are really clear and so it is frustrating that we still have a small number of completely defiant and irresponsible people who have no regard for the safety of themselves or others.

“While we are still following our 4 E model of engage, explain, encourage and only using enforcement as a last resort, officers are not getting into a debate or discussion with these people about what the rules are or whether they are necessary. We all know we must wear a face covering in a shop or on a bus and we all know we can’t meet up in groups.

“We’re taking a common sense approach, applying discretion and judgement when engaging with the public. But common sense would dictate that someone having a party is well aware what they are doing is wrong and has made an informed decision to do it anyway.

“Our extra dedicated patrols across the country will continue to support those of us making significant sacrifices in following the rules by taking enforcement action against those who are not.”