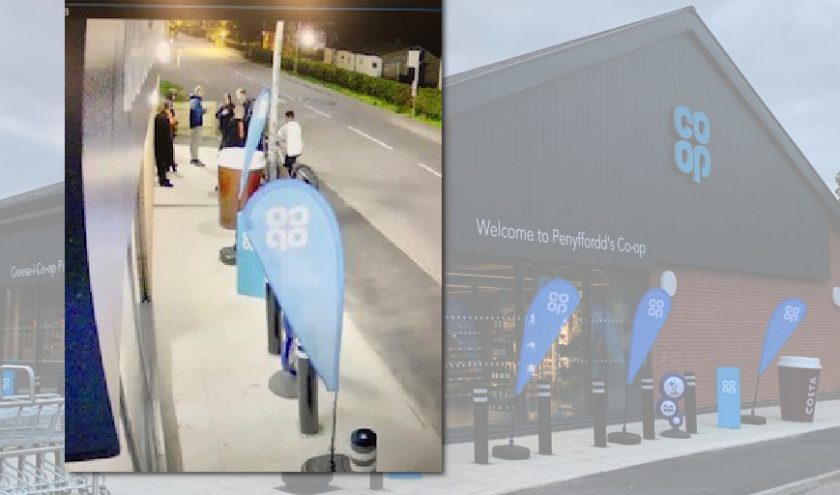 Staff and customers have allegedly been left “intimidated” and the store – which opened last month Hawarden Road next to the Millstone Pub – has been damaged inside and out.

Police say they are working with the staff at the store and local residents to identify those responsible.

In an appeal on the South Flintshire Police Facebook page, a spokesperson said: “In recent weeks we have been made aware of ongoing anti-social behaviour outside the COOP in Penyffordd.

We are working closely with staff and local residents to identify the culprits.

DM with any info.

Reports include staff and customers being intimidated and damage being caused within store and outside.”

Any information can be passed to police using thier webchat facility  https://www.north-wales.police.uk/contact/live-chat-support

In recent weeks we have have been made aware of ongoing Anti social behaviour outside the COOP in PENYFFORDD. We are…

Some of the world’s smallest monkeys have been born at Chester Zoo… and they’re twins!