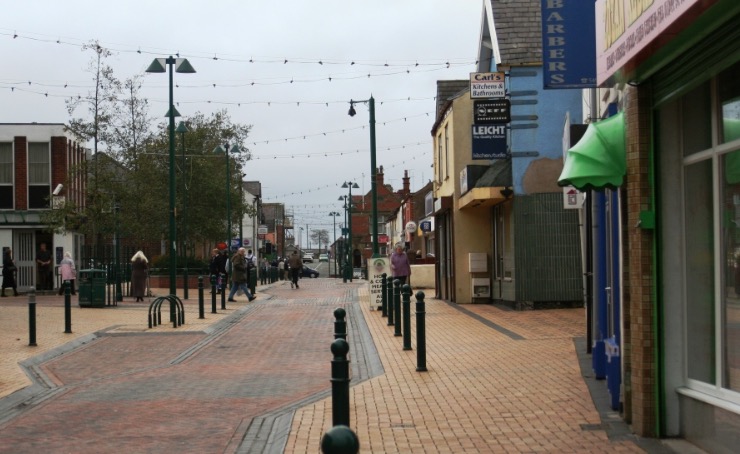 Plans to revitalise Buckley’s economy by reopening the town centre to traffic have taken a major step forward.

It comes after proposals to remove an existing pedestrianisation order on a trial basis gained the backing of Flintshire Council’s ruling Labour cabinet at a meeting held on Tuesday.

Buckley’s main shopping streets were originally closed off to vehicles in the mid-1990s at a cost of half a million pounds.

It is hoped the reversal of the decision will lead to more people visiting the town by allowing them to park on the street for a short period to access businesses.

The scheme will need the approval of town councillors before it formally moves forward, but the local authority’s deputy leader said a similar initiative in Holywell had already proved successful.

It was voted through alongside measures to allow some free short-stay parking in Buckley’s Brunswick Road car park.

Cllr Carolyn Thomas, cabinet member for streetscene and countryside, said: “Shopping habits are definitely changing as people go for online deliveries and convenience, but people will always need to pop into local shops for their top up shopping.

“I think a half hour facility where you can just pop to shops is welcome for Buckley as we have in other town centres.

“I think we do need to look at the vibrancy of our town centres and Holywell has said how much the town feels more alive when cars come through, making people closer to businesses.

“The town council needs to consult with residents and make the final decision as Holywell Town Council did.”

The cost of reopening the streets to traffic on a temporary basis has been estimated as £5,000.

Cllr Thomas said the council would foot the bill for the trial, but the town council may need to contribute if the changes were to be made permanent.

She said it also took funding of around £474,000 from the Welsh Government to make Holywell’s roads accessible to vehicles.

If the pilot initiative does go ahead, the authority’s chief officer for streetscene and transportation said it would be important to monitor the impact closely.

Steve Jones said: “This is very much the start of the process and it’s about launching a pilot

“It is about measuring the success of the pilot in terms of footfall and the impact on shops.

“We are going to need a joint effort to design the scheme and rely on businesses to tell us what they want and for us to tell them what’s practical with the area we’ve got.

“We also need to measure the success before we invest the full amount of money.”