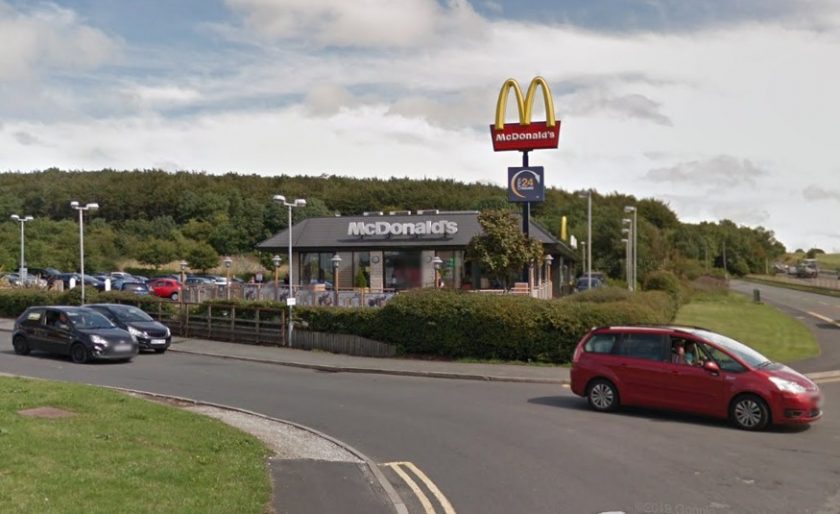 Plans to build a new drive thru KFC and Starbucks at the side of the A55 in Flintshire look set to be approved in a move which could create 60 jobs.

The fast food and coffee giants would be located on a piece of land next to an existing branch of McDonald’s at the Singing Kettle services in Lloc, near Holywell.

It’s estimated the proposals by franchise firm Gastronomy Foods would result in 40 people being employed at the restaurant with 20 in the coffee shop.

The company said it would help to cater for holidaymakers who use the busy expressway to travel along the the North Wales coast. 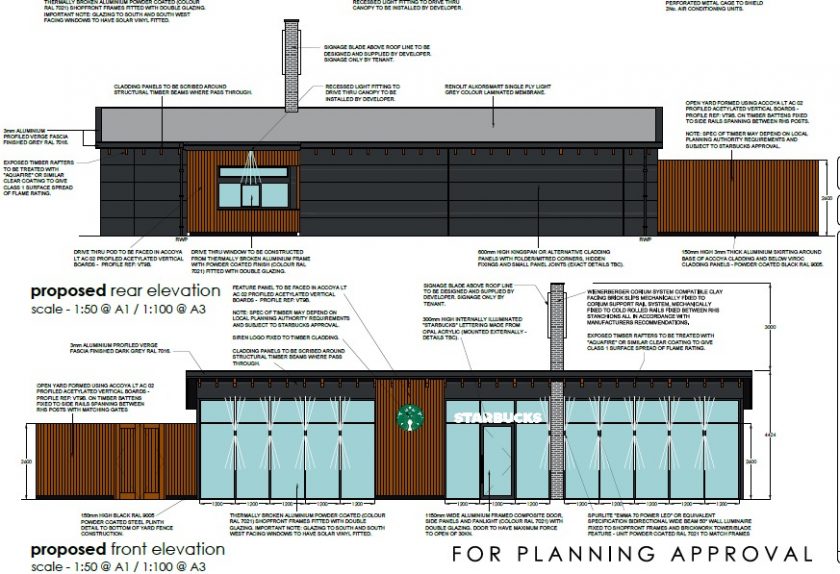 The scheme is set to be considered by councillors next week and has been recommended for approval by a senior Flintshire Council officer.

It comes despite community leaders voicing concerns over the impact on traffic and parking in the area.

In a report, chief planning officer Andrew Farrow said: “The principle of the proposed uses in this location has been established for some time.

“Whilst the proposed uses should normally be directed to nearby settlements, the proposal would extend an existing facility which operates as a service area.

“The key users are passers by using the A55. As such, the policy team has confirmed that the expansion of this facility will not harm the viability of the nearby settlements and a sequential test of alternate sites is not required.

“Rather, expansion of an existing site is more appropriate than opening a new location.”

Objections have been received from local councillor Chris Dolphin, as well as community councillors in both Whitford and Caerwys.

Their comments included concerns relating to traffic and the development being located within an area of open countryside.

Mr Farrow said the impact on the surrounding area had been considered, but concluded the scheme would not cause significant harm.

He added that although there would be a shortfall of four parking spaces, this would be offset by plans to introduce larger bays for caravans and motor homes.

He said: “These matters have been discussed in detail with the highways officer who has undertaken a thorough review of the submitted information and raised concerns, particularly in relation to the chosen peak and appropriate visibility splays.

“As a consequence the initial submission was supplemented with additional information.

“In addition, it has been agreed that the applicant makes a contribution towards the implementation of a Traffic Regulation Order, secured via a Section 106 Legal Agreement to prevent parking on surrounding streets.

“Overall, it is considered that all traffic and highway safety matters have been adequately addressed.”

The plans will be considered by members of the local authority’s planning committee at a meeting next Wednesday, September 2.