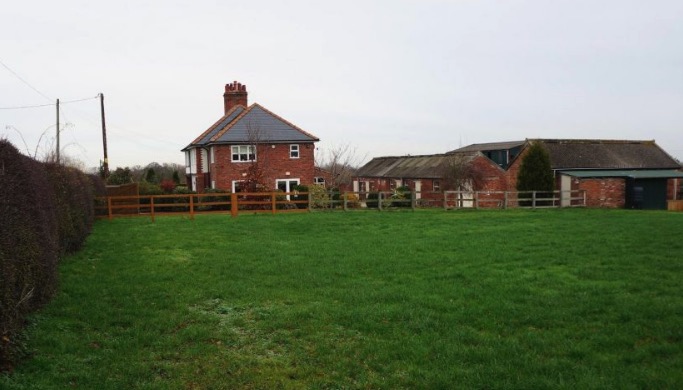 Plans to create a glamping site in a Flintshire village have been given the green light.

Approval has been given to proposals to put four glamping pods and two yurts on land off Kinnerton Road in Higher Kinnerton despite concerns about road safety being raised by a community leader.

It will also result in the conversion of stables at the plot, known as Small Holding, to create living accommodation for the owners and both shower and laundry facilities.

The application was put forward in March of this year as part of a scheme to attract tourists to the area.

It has now been backed by an officer from Flintshire Council, who said it would help the local economy.

Outlining the reasons for his decision in a report, Alan Wells from the local authority’s planning department said: “The council’s business and tourism officer advises that they would provide the visitor sector with quality accommodation focusing on value over volume, encouraging visitors to stay longer and spend more in the surrounding communities.

“The location for the proposal seems to be well placed for the area’s outstanding natural landscapes, offering visitors meaningful, high quality and contemporary wellbeing experiences.

“These proposals will assist in the regeneration of some of the buildings through their conversion to alternative use with criterion also being met.

“T7 relates to the yurts. These are permitted, again, subject to various detailed criteria being met.”

County councillor for the area, Mike Allport, had raised concerns that access to the site needed to be improved due to vehicles travelling at speeds of around 50mph close by.

He also said the plans to convert one of the barns into living space could impact the privacy of neighbours.

However, Mr Wells said highways officers were satisfied with the access arrangements and measures would be taken to ensure the privacy of people living in a neighbouring cottage.

He approved the plans using delegated powers which allow officers to determine applications without the need for it go to the council’s planning committee.