One of the world’s rarest mammals – the eastern bongo – has been born at Chester Zoo. 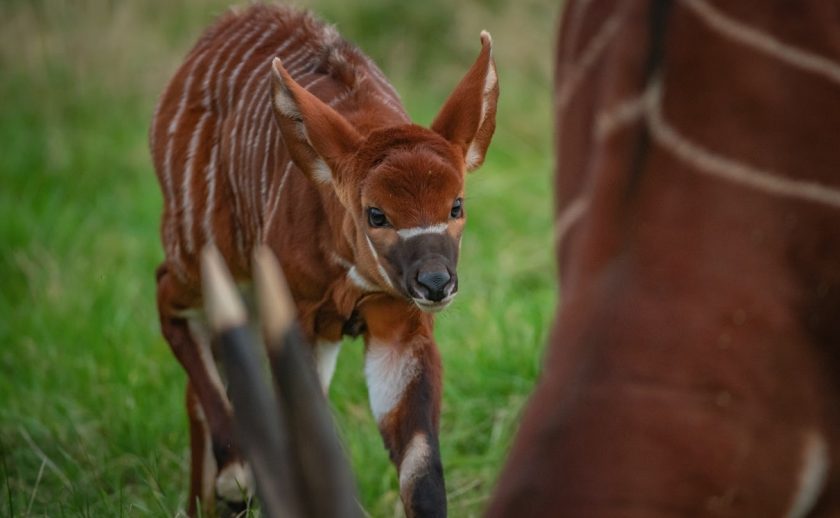 Conservationists at Chester Zoo are celebrating the birth of a bongo – the rarest large mammal in Africa.

It is the first eastern bongo – the world’s largest forest-dwelling antelope – to be born at the zoo for more than 11 years.

Zoo experts have hailed the female calf’s arrival as “incredibly important”, with latest estimates suggesting as few as 70 may now remain in its native East Africa.

The animal, which is now found in just one remote area of Kenya, is listed as critically endangered by the International Union for the Conservation of Nature (IUCN) and faces an extremely high risk of becoming extinct in the wild.

Its population has been decimated by humans hunting for its meat and horns, combined with habitat loss caused by agriculture and uncontrolled timber felling.

Chester Zoo is part of an endangered species breeding programme, which is working to boost eastern bongo numbers in zoos around the world and secure a safety net population.

The zoo, in partnership with Manchester Metropolitan University, is also supporting vital research on the subspecies in Kenya – investigating the impact that habitat change has on the tiny bongo population that remains. The team is also working with researchers on a potential reintroduction strategy for the highly endangered animals.

“The eastern bongo is an extremely striking animal. It’s frightening to think that the population size of this magnificent, large mammal is so, so small. We fear that their wild number could be as low as 70 mature individuals.

“We’re working hard to prevent their extinction and the new calf at the zoo is an incredibly important arrival. She’s a significant boost to the international breeding programme for these highly threatened animals.”

The eastern bongo is recognised for its vibrant reddish-brown coat which features thin white vertical stripes. The stripes break up its body shape, helping it to stay camouflaged in the forests where it is found.

“Eastern bongo are notoriously shy and elusive animals and new-borns will naturally look to take cover to protect themselves. We have though been able to determine that Safi’s calf is a beautiful girl. She’s ever so well so far, and is starting to explore her habitat here more and more.

“Calves have these incredible large ears which help them to hear approaching predators. At the moment, the new calf’s ears are so big that they almost look out of proportion with her body – but she will grow into them!”

In 2018, scientists from Chester Zoo discovered another subspecies of bongo, the lowland bongo, in Uganda for the first time. The zoo’s motion-sensor camera traps detected the presence of the animals in the lowland rainforests of the Semuliki National Park. 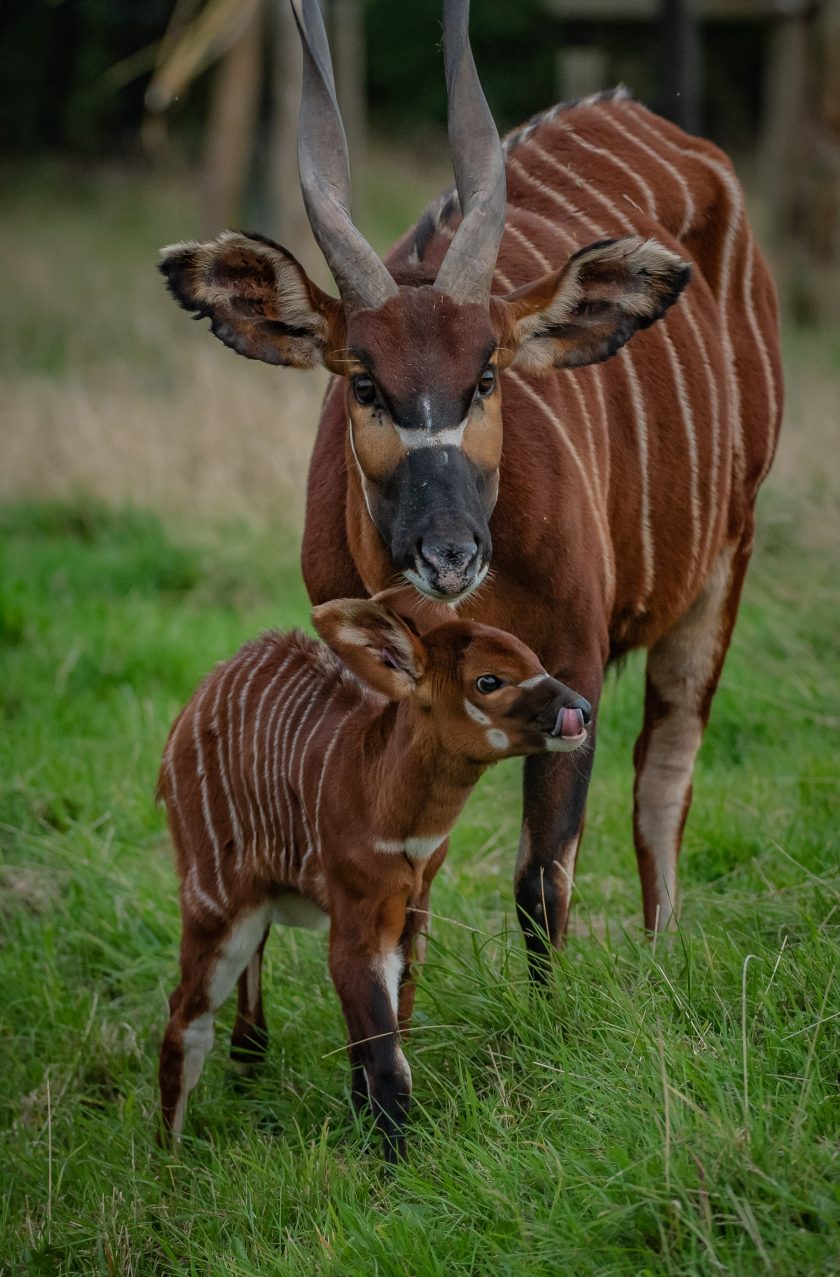 · They are threatened by habitat loss to agriculture and hunting for their meat, horns and hides

· Standing around 1.1 to 1.4m tall at the shoulder, adult male bongo can weigh over 300kgs

· They have a long flexible tongue, which helps them to reach food, and strong long horns help them to find food by uprooting plants. Their horns are also used by males for sparing over females