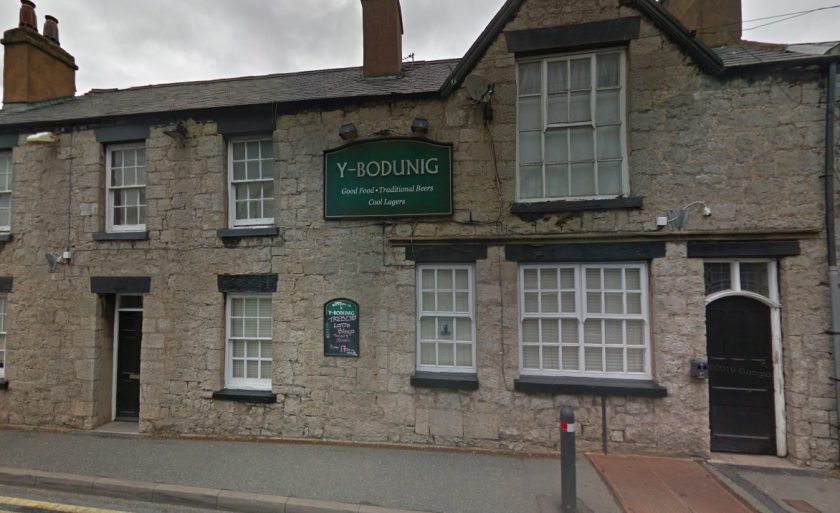 A pub just over the Flintshire border in Denbighshire which is alleged to have continued to serve people after lockdown was declared could lose its licence.

Police want the Y Bodunig’s permission to operate as a pub reviewed by council bosses.

A report to licensing chiefs says that in the early hours of March 21, not long after lockdown was introduced, police noticed lights on at the pub.

They decided to check on the venue, in High Street, Dyserth, and found at least 15 people in the bar and someone else in the lounge.

They told the pub’s management it needed to close.

But in the coming weeks, the police had several other reports of people coming and going from the pub.

A report to Denbighshire licensing chiefs states: “In view of these incidents, North Wales Police state that they have a lack of confidence in the ability of the management of the premises to run the premises in a responsible manner.

“They also refer to issues with the provision of CCTV evidence, along with the fact that whilst the majority of licensees adhered to the regulations put in place in response to the Covid-19 pandemic, Derek Coulton broke these regulations and continued to do so, despite being warned on several occasions by North Wales Police and the Licensing Authority.”

The report goes on to note: “North Wales Police state that they wish to permanently close the Bodunig Inn. This is the second time the premises has been brought to review and despite being removed as Designated Premises Supervisor, Derek Coulton still has control at the venue.

“The Police maintain that whilst other premises responded to the crisis responsibly and remained closed, by opening Mr Coulton put himself, customers and key-workers at risk.”

The licensing committee will meet virtually next Thursday, August 20, to discuss its options.