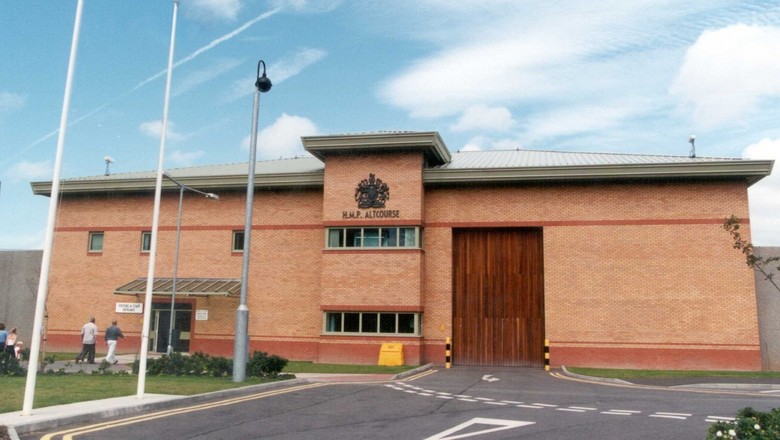 Figures published by the Wales Governance Centre the week show that just 13% of inmates from Flintshire are being held at a new £250m ‘super-prison’ in Wrexham.

The data shows that 282 people, whose origin address is in Flintshire are serving a custodial sentence in prison, of those – 236 inmates are spread across 44 English prisons from the South East to the North East.

Many prisoners from Flintshire end up at Altcourse prison (pictured above) on Merseyside which houses twice the number of North Walians than the UK’s biggest jail, HMP Berwyn in Wrexham.

The figures also show all of the 261 female prisoners from Wales were incarcerated in English jails because there is no women’s prison here.

North Wales Police and Crime Commissioner Arfon Jones has hit out over the number of inmates from North Wales being sent across the border. He said

“It’s clear there are far too many prisoners from Wales are spending their time in prisons in England, very far away from their homes.

It’s inevitable that there will be some in England seeing as there isn’t a jail for women in Wales. There isn’t a category A prison either.

Wherever possible, these people should be held somewhere closer to their families.”

There are 250 prisoners from North Wales in HMP Berwyn but there are twice as many as that still going to Altcourse in Liverpool.

“Before HMP Berwyn got the go ahead, we were calling for a prison to hold about 700, which is the number of prisoners from North Wales in prison at any one time, and for it to be located in the middle of North wales and not near the border in Wrexham.

This prison is meant to be a new style with rehabilitation at the forefront, but I’m not sure if things are working out as they had planned.

I would like to see more of the North Wales prisoners currently going to Altcourse to be sent to HMP Berwyn instead.”

The Police and Crime Commissioner doesn’t believe prison is the best place for the vast majority of females currently serving sentences. He said:

“A large percentage of the women who are being locked up are being jailed for pretty minor crimes for very short periods.

That has an extremely negative effect on their families and it is disastrous for their children.

It would be far better for everybody concerned for female offenders to be offered rehabilitation in the community rather than being sent to prison.”