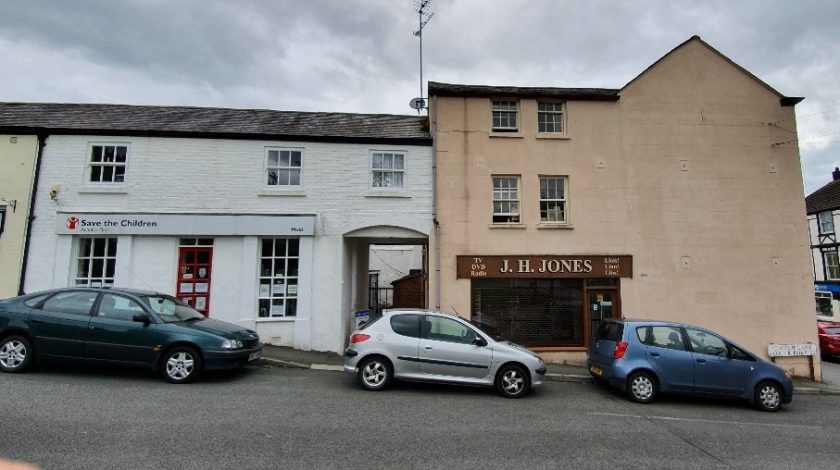 PLANS have been entered which could see a new apartment created above a former tailor shop in Mold.

The Georgian-era property on the town’s High Street was most recently home to Minorca Alterations before its relocation to Mold Indoor Market.

The building also still has signs on display from when it was used as the J.H. Jones electronics store.

The proposals would see the first floor of the building converted into a two-bedroom apartment.

As part of the scheme, permission is being sought to change the use of the first floor accommodation, which was previously designated for retail purposes.

In a planning statement put forward to Flintshire Council, architects working on behalf of the applicant said: “The intention is to convert the currently vacant first floor to a new two bedroomed apartment.

“The layout will consist of two double bedrooms fronting the High Street and then an open plan kitchen / living space to the rear of the property.

“There will also be a shower room provided and storage within the apartment itself.

“At ground floor there is space to the rear of the building within the site boundary to provide bin storage too.

“The works will not affect the external appearance of the property as the windows will remain untouched with removable secondary glazing added internally to improve the thermal efficiency without altering or damaging the existing windows.

“There is precedent set along with High Street with numerous apartments provided to the upper floors of existing buildings.”

Comments are currently being invited on the plans via the council’s website with a decision expected at a later date.