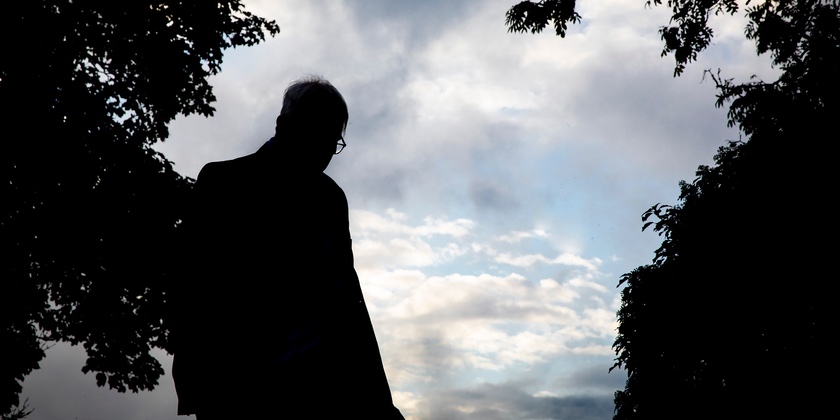 A man has bravely spoken of how he overcame suicidal feelings and years of alcohol misuse after being sexually abused by his foster father at the age of 13.

Paul, now 42, said he owed his life to counsellors at the Rape and Sexual Abuse Support Centre (RASASC) North Wales who gave him one-to-one support to help him recover from his horrific childhood experiences and rebuild his life.

He was speaking after it was revealed RASASC NW – which receives funding from North Wales Police and Crime Commissioner Arfon Jones – has been awarded the Lime Culture Independent Accreditation Programme Quality Mark for achieving the Quality Standards for Services Supporting Male Victims/Survivors of Sexual Violence.

The centre, which offers therapy and support to anyone of any gender aged over three whose lives have been affected by child sexual abuse, rape, sexual abuse or any form of sexual violence, provides a service across all six North Wales counties.

Last year, the service saw its highest-ever number of referrals at 628 – including 78 men who made up 14% of the total.

The survivor, whose identity we are protecting, said he had been sexually abused after entering foster care when he lost his mother.

The abuse had lasted for three years until he left and stayed with friends. He subsequently learned there had been other victims and the perpetrator later went to prison.

Paul said the abuse had a huge impact on the rest of his life and his mental health.

“I couldn’t talk to anyone, I felt ashamed and started drinking to try and forget what was happening,” he said.

“I was fighting and stealing alcohol, I got into trouble with the police. I was very depressed, the more depressed I felt the more I drank.

“I was in a dark place and I started to think that suicide was the only way out. I became angry and fell out with friends and everyone around me, I felt alone and desperate and didn’t know how to change things.

“I drank to numb out the pain and things got so bad I woke up asleep on a pavement, I didn’t know where I was and had no money. This was the turning point. I realised I was on a one way road to self-destruction, I knew I was going to die young if I didn’t get help and change.”

Paul finally opened up many years later to his social worker and was handed a leaflet on RASASC.

The charity was formed in 1984 as the Rape Crisis Line and has more than 36 years’ experience of supporting individuals in North Wales who have been subjected to sexual violence at any time in their lives.

As well as providing one-to-one counselling and support, the organisation delivers training and advice for other organisations in an effort to raise awareness of sexual violence and its long-term consequences and outreach work in schools and universities to prevent sexual violence.

“I was so scared making that phone call, but it’s the best thing I’ve done,” said the survivor.

“My counsellor was a lovely lady, she listened and she believed. She understood my pain. I wouldn’t be here without her and RASASC NW.

“Talking about how I felt about and what had happened, working on my anger issues, they helped me realise it was never my fault and that I could find healthier ways of coping. I’ve stopped drinking, been sober for been months, I’m really proud of myself and finally feeling positive about the future.”

Commissioner Jones, a former police inspector, has pledged to tackle sexual violence and increase support for survivors across North Wales, making it one of his five key priorities in the North Wales Police and Crime Plan.

“I am very proud of the efforts of RASASC NW and the huge difference counsellors make to victims’ lives,” he said.

“The Quality Mark accreditation is testament to the expertise, determination and skill of the RASASC team and is further reassurance to victims and survivors of the quality counselling services being offered, particularly in respect of male sexual violence.

“While many more men are stepping forward for help, we know that these are just the tip of the iceberg and many more continue to suffer their emotional pain in silence. I hope the courageous actions of this survivor encourage many more men to seek help to move on from these horrific experiences.”

Fflur Emlyn, operations manager for RASASC NW, said data suggested it took an average of 26 years for a male survivor to come forward for help.

“That is significantly longer than for female survivors,” she said.

“We also find therapy takes longer on average for men than the average length of therapy for female survivors while suicide rates of male survivors are much higher than they are for females.

“Self-harm rates are also high among male survivors. The symptoms of trauma are heightened with male survivors as they have the additional complexities of masculinity to process.

“Between 15% and 25% of our referrals are male clients but we know that’s not a true reflection of what is happening in Wales. We are not reaching every male survivor and opportunities like this to raise awareness and publicity really help.

“Lime Culture accreditation is a long process and something we have been working towards for a year but we felt it necessary.

“This Quality Mark demonstrates the commitment of RASASC North Wales to improving the quality of support for male victims/survivors. This is a fantastic achievement for which we are extremely proud of.

“We are even more thrilled to have achieved these standards despite the pressures and stresses that have presented during COVID, demonstrating our commitment to offer high quality services to all sexual violence survivors in North Wales.

“Many of our clients say if it wasn’t for us they would not be alive and now they have a life again. The transformation is massive and the impact of therapy can be huge.

“Without our core funds from the PCC and the Welsh Government, we would not be able to continue to offer this service to our clients. They would have nowhere else to go because there are no other organisations which work with people across Wales from the age of three.

“The funding is much appreciated but we do provide a really good service to the people of North Wales.”

Following RASASC NW’s help, Paul is now planning to sign up for a course to help him get back into work and has made new friends. He has a strong message for other survivors who are reluctant to seek help.