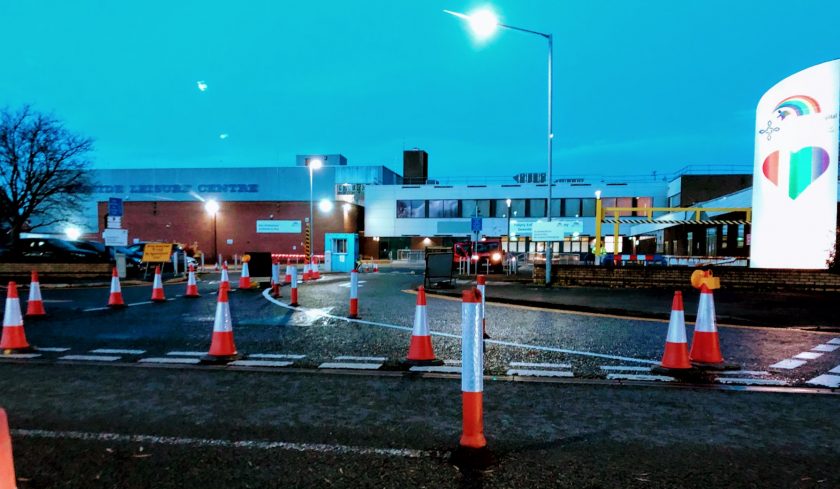 Deeside’s Mass Vaccination Centre will reduce the days it is open from 7 to 6 due to vaccine supply issues.

The centre based in the Rainbow Hospital at Deeside Leisure centre was forced to close last weekend to a slump in supply because of a well publicised reduction  in Pzifer’s manufacturing capacity.

As a result of the supply slow down the local vaccination centre on the at Wrexham Glyndwr University campus will operate at just one day a week.

Gill Harris, Deputy Chief Executive and Executive Director Nursing And Midwifery, said: “The Local Vaccination Centre in Wrexham is open one day this week and next week due to the limited amount of vaccine available to us. After that it will be open for second vaccines, four days a week.”

“The Mass Vaccination Centre in Deeside was closed over the weekend, again linked to vaccine supply. This week it will open six days a week, which we intend to continue for the next three weeks.”

Last week we asked Health Minister Vaughan Gething on the topic, and he said: “Each Health Board will set out for its local population and local media how they’re going to manage a slight dip in vaccination supply that we’re expecting for the next two weeks.”

“Each Health Board will need to manage that in accordance with its local population where it still is in terms of its supply , while still managing the second doses that are carrying on with.”

“We expect when we get back into March we’re going to see a return to increased levels of vaccination supply available to us.”

“That will mean we will be able to stand up all of those arrangements, as well, they’ve been making greater use of local pharmacy as well, because we’ve yet to maximise our ability and our capacity to to deliver vaccinations across Wales.”

“So we can go even faster if we have the supply in place and if we have the certainty of the future supply, that’s why the next two weeks are not something that I think people should be overly concerned about, you’ll still see tens of thousands of people vaccinated each week, but will then return to an even more significant upswing after that.”

“Again, that’s why we can have some confidence, I think that we’ll get to everyone in groups one to nine by the end of April, if supply lines remain as we expect.”

A local resident got in touch with Deeside.com on Monday, the 67 year old lady who has mild asthma told us she was “heartbroken” after being told she will have to wait at least three weeks for her first jab.

She said: “I had been expecting to receive a letter inviting me for a vaccination and hadn’t received one, I was concerned about missing my “Jab”.

“I am in the group 5 category as I am 67 years old with mild Asthma – my husband who is in his 70’s had received his first jab 3 weeks ago.”

“I was absolutely devastated to be told that I will not be getting the vaccination for at least another 3 weeks because they have stopped doing the first jabs and will only be doing second doses.”

“The Health Board have not bothered to inform people that there will be a delay in the rollout of first doses, I am sure that there will many others like myself stressed and anxious and not knowing what is happening.”

Yesterday Deeside.com reported that 136 vaccine doses had been administered on Sunday due to the vaccine shortage.

This has increased to more than 700, however the figure is still significantly down on the amount of vaccines being issued throughout January and at the start of this month.