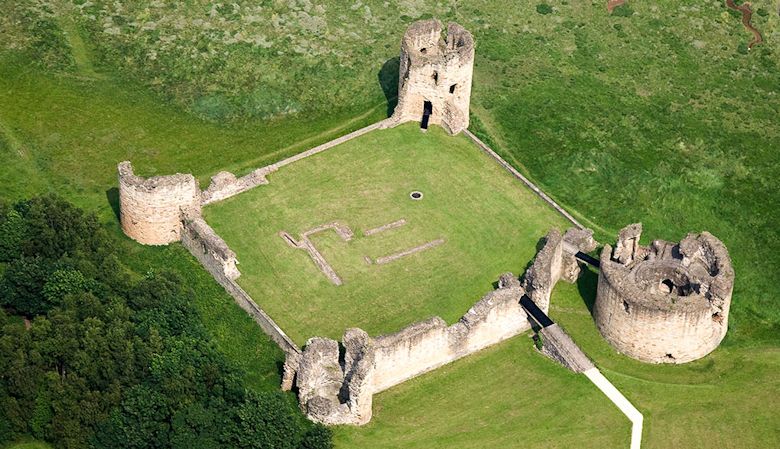 A key keeper is being sought to take care of 13th Century Flint Castle.

The post involves locking and unlocking the monument on a daily basis for 361 days per year. picking up litter, reporting any damage, vandalism and anti-social behaviour.

Cadw says “Key keepers are invaluable as they are relied upon to ensure the monument is always well-presented and well-turned-out for our visitors and to keep a day-to-day eye on the condition of the monument.”

The post is not a salaried position but a modest fee is paid says Cadw.

Key keepers are expected to live in close proximity to their monument and no more than a distance of 2-3 miles away at the most.

Flint Castle was commissioned by Edward I in 1277 to dominate the region which had been brought under firm English control following the rise of Llywelyn ap Gruffudd.

The masonry fortress and fortified town served as a base for further invasion into North Wales, and was instrumental in the final collapse of organised Welsh resistance to the English Crown when it was attacked on Palm Sunday 1282 by Dafydd ap Gruffudd, drawing his brother Llywelyn into the revolt that was to lead to his death at the end of that year.

The castle comprised an almost square inner ward with round angle towers on three corners, and a detached round tower on the south-eastern corner.

Throughout the fourteenth and fifteenth centuries it served as a financial and administrative centre for the county, and was thus retained in good order.

It was then garrisoned by royalists in 1642, and served as a base for the harrying of Chester during the English Civil War, during which it passed repeatedly from royalist to parliamentarian control before eventual surrendering to parliament in 1646.

Flint Castle was demolished on the orders of parliament following the end of the Civil War, together with a number of other fortifications in Wales, including Rhuddlan Castle and Raglan Castle.

If you think you can meet this challenge and commitment, send your expression of interest outlining how you would be able to meet the duties required and any relevant experience, to the postal or email address below.

Include your postcode and distance to the monument.