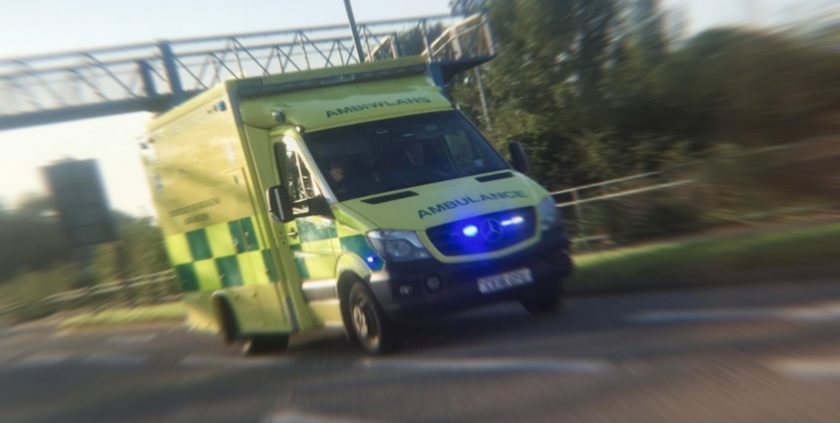 Ambulance response times across Wales saw an improvement last month, however A&E times have once again come under fire, as new figures have been released.

The Welsh Ambulance Service attended 66 per cent of ‘red calls’ made within the eight minute target.

A breakdown of figures show that of the 2,537 red calls made across Wales, 512 were made in North Wales. Overall 68 per cent of calls across the region were attended to within eight minutes.

However A&E waiting times figures also released show that hospitals across Wales failed to reach the 95 per cent target of seeing patients within four hours.

January’s figures of 74.6 per cent is up slightly from the 72.1 per cent of patients seen throughout December.

The figures show that waiting times at the Wrexham Maelor Hospital were the worst again in Wales, with 52.7 per cent of patients seen within four hours.

Throughout January a total of 4,975 patients attended the hospitals emergency department, with 2,623 spending seen within the target time.

These numbers are down on the 5,131 people visited Wrexham Maelor’s A&E during December.

Across Betsi Cadwaladr University Health Board – which also includes Glan Clwyd and Ysbyty Gwynedd, 68.7 per cent of patients were seen within four hours.

Commenting on the figures, a Welsh Government spokesperson said: “It is testament to the hard work of front line staff and robust winter planning that the Welsh Ambulance Service met its target for the most serious “red” patients, and improvements were made against the national 4 hour target for emergency departments in January.

“We are also encouraged by a reduction in delayed transfers of care for the second month in a row. These improvements have been made in the face of extreme pressure. Last month was the second busiest January ever for our emergency departments.

“We acknowledge that too many people are spending long periods in emergency departments while waiting for a hospital bed, and expect the extra £40m we made available this winter to make improvements in this area.

“Waiting times for scheduled care are being severely affected by doctors reducing hours because of changes to HMRC pension tax rules by the UK Government. By the end of December, this had led to about 3,200 sessions lost, affecting nearly 27,000 patients.

“The Health Minister has called on the UK Government to resolve this matter urgently.”

However the waiting times have been condemned by opposition parties, who say that not enough is being done to improve waiting times for patients and supporting NHS staff.

Plaid Cymru Shadow Minister for Health, Rhun ap Iorwerth AM said: “Month by month the figures for A&E waiting times keep getting worse and it’s patients and staff who pay the price.

“I pay tribute to the heroic work done by frontline NHS staff under increasingly difficult circumstances and shocking mismanagement from Labour.

“These latest figures are a scandal. A&E waiting times are at their worst ever. . Doctor numbers are low compared with most of Europe. Targets have been dropped or missed.

“Poor performance can’t be blamed on under-funding alone. Spending per head on the NHS is above most English regions, and several Scottish regions. The simple truth is that our NHS is being poorly managed and poorly planned – and the responsibility lies at Labour’s door.”

Welsh Conservatives Shadow Health Minister, Angela Burns AM/AC added: “Month in, month out, generally increasingly worse figures are published. Each month, the Health Minister is pressed to take action, and each month he fails to do so. Whether it’s a minister and government that cannot improve or will not improve waiting times is open to debate.

“In those critical times when people attend A & E departments, they need the reassurance that they will be seen not ‘as soon as possible’, but within – and well within – the waiting periods set by this Welsh Labour Government and its Health Minister.”

“And let’s be clear: our hardworking NHS Wales staff are there to deliver the best care that they can, but they, too, are being let down by mismanagement at the top. It’s a credit to them that they manage to cope under such circumstances.

“Welsh Conservatives have called on the Health Minister to stand down, or be sacked. His party’s leader could act to make the changes that could help patients in Wales, but has not.”