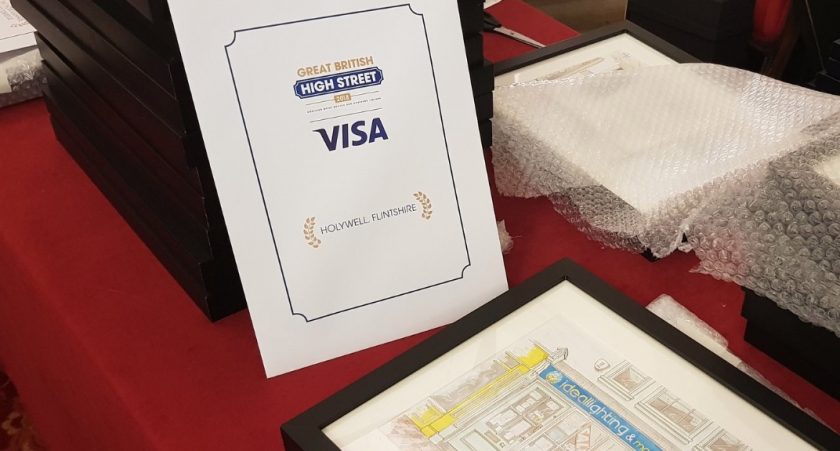 Holywell High Street has been pipped to the Great British High Street – Wales Award at a ceremony in London today.

The Flintshire high street was shortlisted in the Champion category of the Awards, which aim to find the UK’s best high street.

The high street in Crickhowell, a town which sits between Abergavenny and Brecon, won the overall UK award, they will receive £10,000 for a local community project and a further £5000 for a street party.

Holywell was placed second to Crickhowell in the Wales section, Holywell West Councillor Paul Johnson was at Lancaster House in London for the awards ceremony.

Cllr Paul Johnson at Lancaster House London waiting for the results of the GBHS Awards! pic.twitter.com/51Hs1EZSXx

There were 240 applicants for this year’s Great British High Street Award, Holywell was one of only 26 to make the final.

“Crickhowell is a fantastic example of a community that has made huge strides in transforming its high street and significantly improving the experience for locals and visitors alike.

The Totally Locally campaign, which has inspired an army of volunteers to ensure the high street and surrounding areas thrive, is a shining example of how independent, family-run businesses can come together to help drive footfall and make the high street a better place for all.”