Holywell chapel could be converted into two apartments 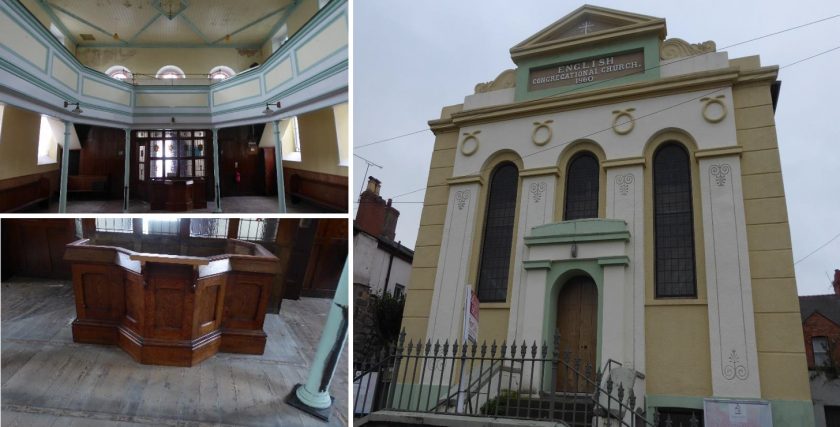 A former chapel in Holywell could be transformed into two new apartments under new plans.

An application has been entered to convert Tabernacle Chapel on Coleshill Street in the town.

If successful, the listed building would have its pews and other internal features removed and a mezzanine floor constructed for the bedrooms.

The building has been empty for approximately two years and was sold to the current owner Bellal Rajasekaran in early 2018.

In a planning statement prepared on her behalf by agent Peter Jones-Hughes, he said: “After the congregation numbers of the church diminished steadily over the years the exterior of the building fell into disrepair in 2014.

“The proposals are designed to retain as much of the remaining historic features and appearance of the interior of the church whilst balancing this with the creation of useable and flexible residential spaces in the future that will encourage the beneficial use of the listed building in order to ensure its continued maintenance and repair.

“The opportunities to continue the use of the building as a place of worship, or indeed any other assembly use, have been considered and discounted.

“The property has been placed on the market by the current owners and no interest has been expressed to date to purchase the property to utilise it for its historic purpose.”

A previous owner carried out conservation repairs to repair the outside of the property in 2016 and 2017.

They then removed the majority of the timber seats within the chapel without listed building consent.

After an investigation by Flintshire Council, it was concluded that it would not be possible to return the original pews to the chapel.

“The upper floor apartment will occupy the whole of the former public worship area with the main lower floor of the space remaining predominantly open and utilised for living, cooking and dining areas.

“A mezzanine floor will be added to provide four bedrooms and bathrooms for the upper apartment.”

Comments are currently being invited on the application as part of a consultation period.

Flintshire Council is aiming to make a decision on the proposals by 28 January, 2019.