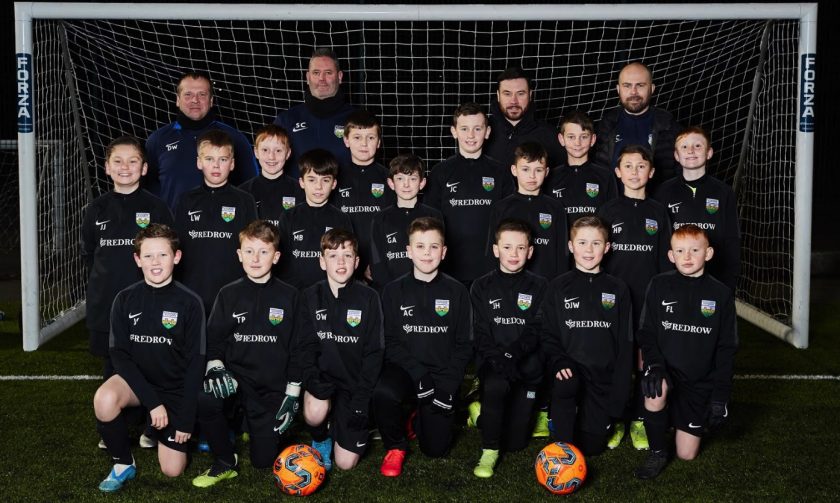 An under 11’s football team from Hawarden has scored a sponsorship from house builder Redrow.

Michael Cody, one of four managers of the under 11’s team which currently has 19 players, says: “The football club was formed in 1974 and is a huge part of the local community so it’s great to be supported by Redrow; the under-11 team really look the part this season.”

“The lads are so happy with the new tops, you can tell they feel really proud to wear them.”

Jason Newton, sales director at Redrow Homes (NW), says supporting sports teams close to where they build is a key part of Redrow’s commitment to creating thriving communities: “The tracksuit tops look great and I wish the under-11’s the best of luck this season.