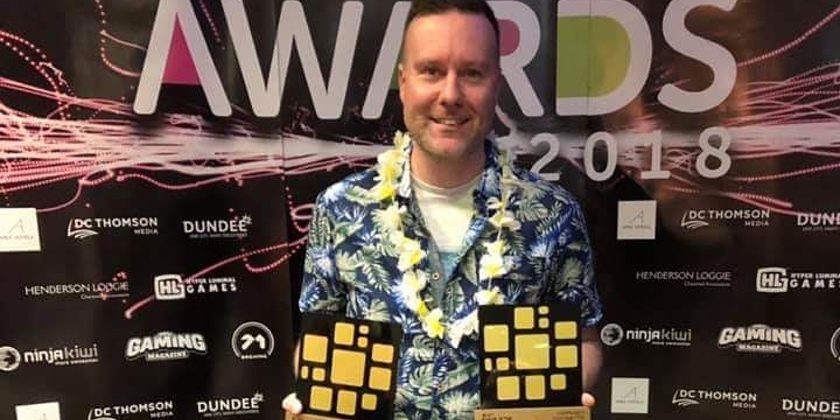 At the UK Games Fund Awards in Dundee last Wednesday, Senior Lecturer in Computing Richard Hebblewhite scooped Community Contributor of the year after being nominated for his outstanding contribution to local and regional games industry development.

‘The Lounge’, based in the university, offers support to both current students and graduates throughout the process of building their own game development studios – as well as expert guidance and mentoring.

Finally, Static Shell Studios, a games studio made up of former Glyndŵr alumni, won the Tranzfuser award – aimed at studios who have been through the Tranzfuser games development programme and gone on to release their own games.

“It’s an absolutely great feeling to have the work we do here at Glyndŵr recognised by the industry – I’ve woken up this morning still smiling,” said Richard.

“I’m delighted to see Static Shell win their award – they’re already making their mark in games development and this news can only add to their well-deserved reputation.

“I’m also delighted that the work we are doing in the university to help teams develop their studios has been recognised – and of course, I’m also very pleased to have won an award myself!”