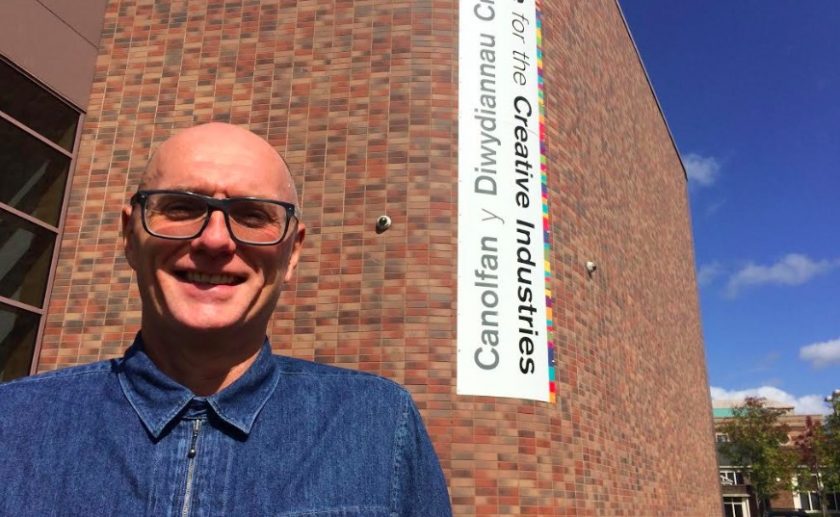 An award-winning documentary by a Wrexham Glyndŵr University lecturer has been picked up for broadcast by an American television station.

The news is the latest success for Glenn Hanstock’s Tickle the Ivories, a documentary which originally sprang from a Liverpool piano festival – and went on to win best documentary at the Lift-Off International Film Festival and screen at both Sheffield Doc Fest and Pinewood Studios.

The documentary has now been picked up by UNC Charlotte TV, a station linked to the University of North Carolina at Charlotte. The station broadcasts to around half a million people across North Carolina – and Glenn, who has previously worked on BBC1’s Moving On and Crimestoppers among other productions, is excited to be reaching another new audience.

He said: “The station got in touch with me and asked if I’d be happy for Tickle the Ivories to be given a broadcast slot – and with around half a million viewers in America for the documentary, I was delighted to say yes.

“Tickle the Ivories began as a short film about a piano festival in Liverpool, set up by an organisation called Open Culture. The festival centres around street piano performances, with pianos being set up in locations around Liverpool.

“They attract all kinds of characters, and Tickle the Ivories grew out of that. It was filmed in 2014, and since then it’s been shown around the world and won a series of awards. I’m delighted that it’s now off to find a whole new audience – and it’s great as a university lecturer to make that link with another academic institution too.”

Glenn has continued to work on producing documentaries with his production company, Electrobank Media.

One recent production centres around a series of music legends from North West England, including Johnny Marr, Peter Hook and DJ Graeme Park – who lectures alongside Glenn at Glyndŵr – and discussions are ongoing with a major record company who are interested in the documentary.

Glenn also directs music videos for a range of bands, including The Courteeners and The Blinders – whose debut album, Columbia, came out this month.

He credits the experience with helping with his work at Glyndŵr, where he is a Lecturer in Creative Industries.

He said: “The whole team here at Glyndŵr have hands-on experience

in relevant industries – we aren’t just lecturing about the subjects we teach, we’re also still very much active in them. Working on documentaries, music videos and other productions means that students at Glyndŵr hear first-hand from industry professionals – and get experience that prepares them to become industry professionals themselves.”