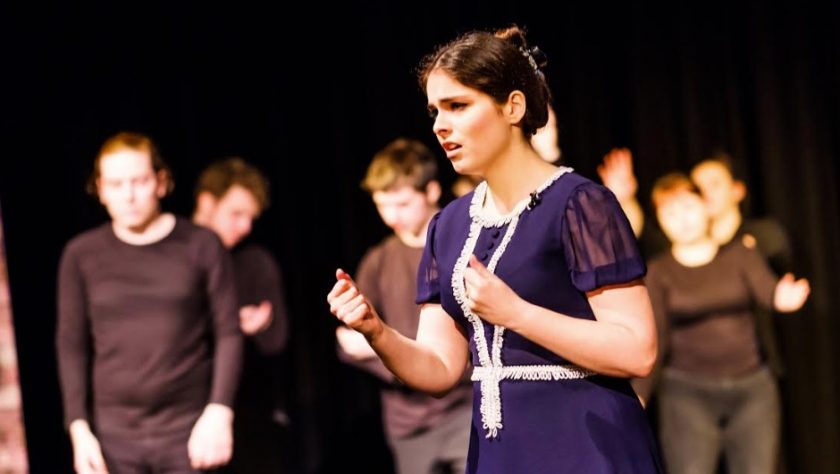 Isabella Provenzano, who completed a BA (Hons) in Theatre, Television and Performance earlier this year, will be joining the Lingue Senza Frontiere theatre company in Italy for a touring performance throughout the first half of 2019.

She said: “The job involves performing to children to teach them English through theatre, across northern and central Italy.

“To get the role, I performed two auditions via Skype with the director of the company – which included a short monologue and a song.”

Having secured the role, Isabella – who is originally from Sicily– is now looking forward to returning – and to working in her chosen industry.

She added: “I love performing, it’s my number one goal in life. Anything performance related is exciting for me.

“In addition, as I’m Italian, I get to explore my home country and discover new cities!”

Isabella credits her time at Glyndŵr with helping her prepare for her upcoming role – and is urging others looking to follow in her footsteps to use their studies to help them find something they love doing.

She said: “Throughout my three years at Glyndwr, we conducted Theatre in Education or TIE pieces and performed them to children of all ages. This experience has definitely prepared me for this upcoming job.

“I’d advise anyone who is considering taking a similar path to me to take the chance – do what you love! Life is too short to settle for something less than what you love doing. Also, don’t worry if opportunities don’t come knocking on your door immediately after graduating. Your time will come.”

Isabella is one of hundreds of undergraduates from Glyndŵr whose studies have led to employment. A graduate destinations survey showed that 93.5% of Glyndŵr’s UK undergraduates were in work or further study 6 months after completion of their studies.

Senior Lecturer in Theatre, Television and Performance, Elen Mai Nefydd, said: “I am delighted that Isabella has secured her first role – and the chance to tour her home country is an added bonus!

“Our course is designed to help prepare students for all kinds of possible careers and I’m delighted that it has paid off for Isabella – I wish her the best of luck with this role, and with all the others which await.”

Find out more about our BA (Hons) Theatre, Television and Performance: https://www.glyndwr.ac.uk/en/Undergraduatecourses/TheatreTelevisionandPerformance/