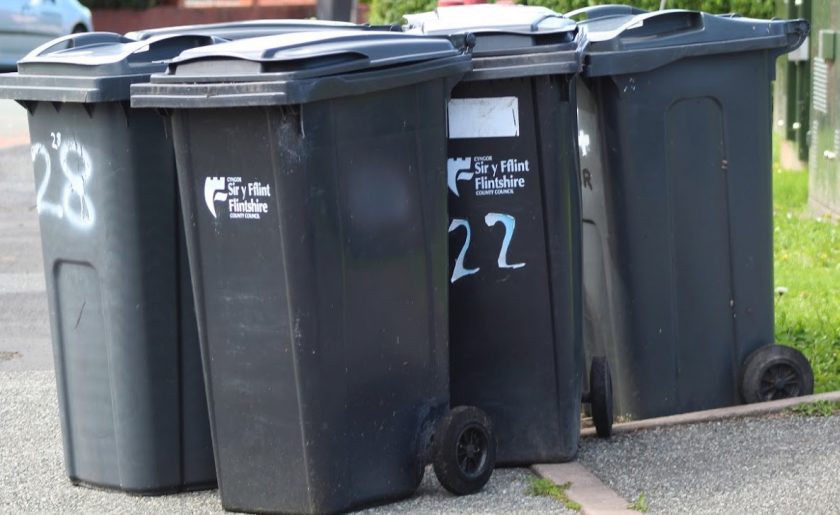 Residents in Flintshire could face fines or receive a visit from council officials if they fail to recycle under tough new proposals.

Flintshire Council is planning to adopt a stricter stance against people who put the wrong items in their general waste bins as part of a bid to boost recycling rates.

If a resident continually avoids putting recycling containers out, they will be issued with a warning letter in the first instance and a sticker will be placed on their bin.

Their property would then be put a monitoring list and visited by an enforcement officer to check up on them on collection day.

If it happens on a third occasion they would be hit with a fine, although the local authority has yet to outline how much people could be charged.

It has also chosen to shelve controversial proposals to reduce the frequency of bin collections to once every three weeks after most respondents to a survey on the changes opposed the move.

A senior figure said the council would aim to educate people on recycling where possible, but warned repeat offenders would be punished.

In a report, Steve Jones, chief officer for streetscene and transportation, said: “In addition to the current side waste enforcement action being undertaken, it is recommended that a more robust enforcement approach be taken on those properties which habitually do not present any recycling out for collection.

“It will be presumed that where no recycling is presented, all waste types are being disposed of in the black bin.

“Where recycling is placed in the black bin, this has a detrimental impact on recycling performance and results in increased disposal cost and lost potential income from the sale of recyclables.

“It is proposed that, where it can be evidenced that recyclable items are being placed inside the black bin for collection, that the same process be undertaken as with side waste presentation.

“A three phase approach which allows for informing and education in the first instance then formal action for continued non-compliance.”

The move comes after 60 per cent of around 8,000 respondents to the authority’s survey said they supported tougher action being taken.

But the same proportion cautioned they would not be able to cope with a reduction in collections.

The council had chosen not to proceed with the plans for now, but said it would review the position in 12 months’ time.

Flintshire’s current recycling performance stands at 69 per cent and is ahead of target to meet the Welsh Government’s expectation of 70 per cent by 2025.

Despite this, Mr Jones said it could not afford to rest on its laurels.

He added: “The current recycling performance needs to be celebrated but without operational and policy change, it is likely that performance will now stabilise and any future improvements in performance will become difficult to achieve.

“Whilst the current waste strategy does not come to an end until 2025, the target set within the document of 70 per cent has been almost achieved and it is important that the council starts to plan for the future, considering what more could be done to increase recycling rates still further.”

The council is planning to take on two new officers to enforce against non-recycling at a cost of £70,000.

It is also considering introducing either a weekly or fortnightly nappy collection service for those who request it.

The proposals will be examined by members of the authority’s environment scrutiny committee at a meeting on Tuesday.