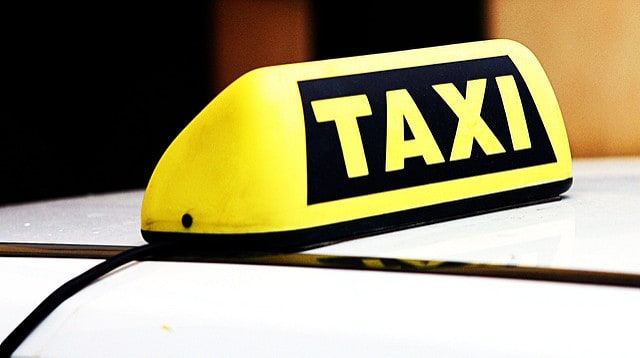 Flintshire Council has raised strong objections to proposed new taxi laws which could see it lose out on £130,000 a year.

Taxis and private hire vehicles in Flintshire and throughout Wales are currently regulated at local authority level.

However, the Welsh Government has outlined plans which could potentially see responsibility transferred to a central Joint Transport Authority.

Politicians and council officers in the county have voiced their opposition to the suggestion, which has been set out in a government White Paper.

They said the proposals would lead to the loss of revenue and did not put public safety first.

Speaking at a licensing committee meeting this morning, Cllr Chris Dolphin (Lib Dem) criticised ministers in Cardiff Bay. He said: “I’ve got every confidence in our department, but I haven’t got any confidence in the Welsh Government at all.

“We’ve mentioned a few times that the overriding concern should be the safety and protection of the public and that’s what’s most important here.

“It is actually going to cost us £130,000, so we’re going to lose more money if the Welsh Government has its way and lose all the local knowledge and expertise of this department.

“The Welsh Government are forgetting localism and they want everything centralised and they want to charge as much as possible to do it.

“Let’s hope they fail in this bid here.”

Members of a special licensing panel established by the council said they felt that insufficient research has been undertaken regarding the proposal.

In their official response, they called for the Welsh Government to produce a more detailed explanation of how the new body would work.

They said: “We do not support the proposal on the information provided, as there is no evidence to support the need to redirect the existing taxi and private hire vehicle licensing function away from local authorities.

“At this stage there is no detail contained within this white paper as to how the Joint Transport Authority would undertake the licensing function and therefore it is very difficult to be able to answer this question.

“Our overriding concern is the protection of the public, and there in nothing contained within this proposal which suggests that public safety is at the forefront of this proposal.

“There are of course many advantages of retaining the function at a local level, with local knowledge, needs and issues.”

While the panel opposed the creation of a new central body, its members did agree with other elements of the White Paper.

In setting out the outlined changes, the Welsh Government’s cabinet secretary for economy and infrastructure said the current taxi laws were out of date.

Clwyd South AM Ken Skates said: “The contribution that the sector makes to the night-time and tourism economy in many of our communities cannot be under-estimated and the industry is a vital component in our ambitions for public transport in Wales.

“Despite the importance of this sector to our public transport ambitions, the industry remains governed by laws made when horse-drawn hackneys were a common feature on our streets and before the arrival of the internet, mobile phones and smartphone technology.

“I am keen to introduce measures in Wales to ensure that taxis and private hire vehicles continue to contribute to our ambitions for a connected and sustainable society.”