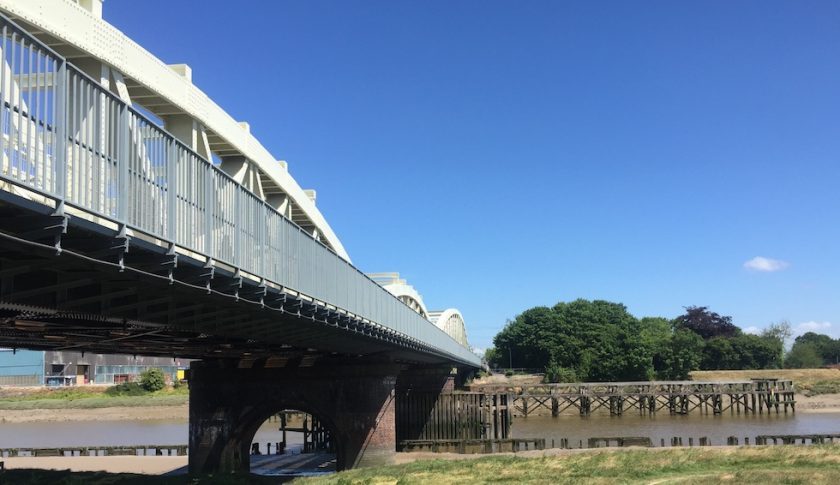 Volunteer officers from HM Coastguard Flint were scrambled this afternoon to reports of a person in the River Dee near Hawarden Bridge in Shotton.

RNLI Flint inshore lifeboat was also alerted to the incident.

“Team tasked by UK Coastguard to assist North Wales Police with reports of a person in the water near Hawarden Railway Bridge, Shotton.

As Coastguard Rescue Officers were arriving on scene person had made their own way out of the water safe and well.”

It was the second call out of the day for Flint Coastguard team, earlier today they joined colleagues on the Wirral following reports of a person in the water near Hoylake.

Once on scene, a Coastguard Rescue Officer entered the water and found the object to be a partially submerged glove that had filled with air.

More here: Flint Coastguard rescue team called to the Wirral after reports of a person in the water…