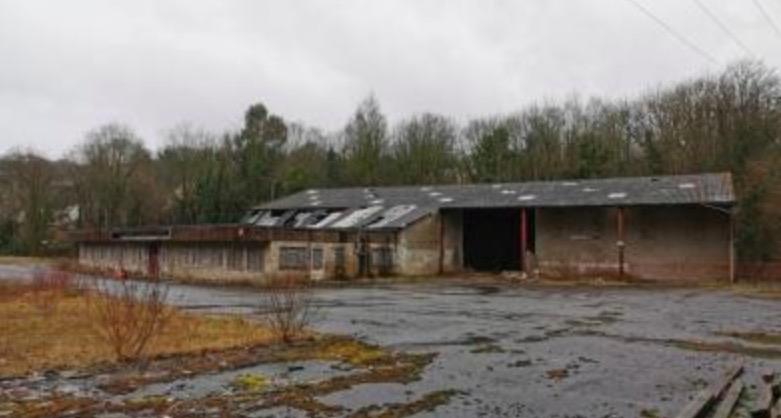 An “eyesore” garden centre on the Flintshire-Wrexham border could be demolished to make way for new houses.

The former Spectrum Home and Garden Centre in Cefn-y-Bedd has stood dilapidated for a number of years, becoming a target for vandals in the process.

An application to knock down the building on Wrexham Road and replace it with 14 homes has now been submitted in the hope of giving the site a new lease of life.

Flintshire Council’s planning committee originally gave conditional approval for a similar scheme, but the proposals were later called in by the Welsh Government and rejected due to the risk of the properties flooding.

A fresh bid has now been made by Paul Williams following a successful challenge to National Resources Wales, which has seen the flood risk for the land downgraded to make it acceptable for residential development.

In a statement prepared on his behalf to accompany the plans, a representative from Blueprint Architectural Services Limited said: “We have been commissioned by our client to seek the planning permission required for a residential development at the former Spectrum Garden Centre in Cefn y Bedd.

“The parcel of land is currently disused, following the closure of the former Garden Centre.

“Unfortunately the buildings on site have been subject to vandalism and are currently in a dilapidated state of disrepair.

“Following our client’s purchase of the site, many variations for the use of the site had been discussed with the potential of re-opening the site as a commercial enterprise.

“It was decided, the best way forward for the site and our client is to redevelop the area to form 14 residential units.”

Four of the houses have been allocated as affordable, meaning they would be sold at 75 per cent of the market value.

The architects said the scheme would also reduce the amount of crime in the area.

They added the successful re-classification of the site’s flood risk category meant the application should be approved.

“Development of this parcel of land within the community will vastly improve on the current characteristics of the site,

improving on natural surveillance for the area and removing a dilapidated building which is an eyesore for passers-by,” the architects said.

“The provision of a residential development on the site will enhance the current characteristics of the locality and enhance the highways safety of the area, reducing on traffic movements to and from the site.

“We feel this planning application should be looked favourably upon and granted permission as we feel there are no justifiable reasons for refusal.”

Comments are currently being invited on the application via the local authority’s website.

The planning department is aiming to make a decision on the proposals by the middle of next month, although timescales could be impacted by the coronavirus crisis.