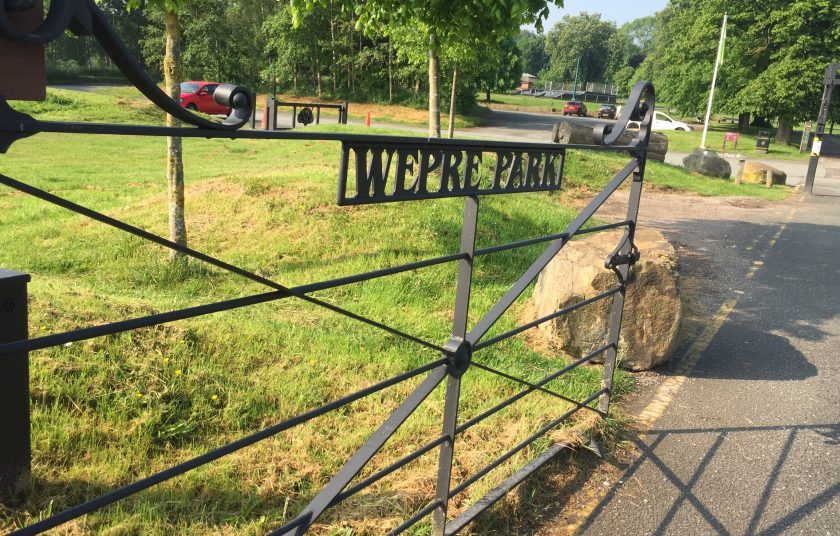 A country park in Flintshire looks set to expand its car park as a surge in visitor numbers has caused problems on surrounding streets.

According to previously released figures, Wepre Park in Connah’s Quay attracts in the region of 200,000 people each year.

A meeting of backbench politicians was held at the site yesterday, where they were told work to improve the 160 acres of green space had led to more coming along to take in the scenery.

However, officials also admitted its success had been a double-edged sword as the current car park is not big enough to meet demand.

It has led to visitors parking on nearby roads and causing issues for residents.

Earlier this month, Flintshire Council launched an appeal for more people to ditch their cars and walk to the park or consider visiting other countryside locations.

It has now been revealed that park staff are working with the local authority to boost the car park’s capacity.

“It has become a little bit of a victim of its own success and car parking is a major issue here.

“We have been working with Streetscene to design potential overflow areas.

“We’re just in the final stages now of that design before we can go to planning and find funding for that work.

“Additional car parking is desperately needed here and we are working towards that aim.”

The park is home to a woodland walk, waterfall, nature trail, playground and Ewloe Castle.

The site also has two football pitches, a skatepark and a visitor centre.

Members of Flintshire Council’s environment scrutiny committee were told it had been transformed in recent years thanks to an award of more than £660,000 in lottery funding.

Carolyn Thomas, cabinet member for Streetscene and countryside, praised the work carried out to restore the park to its former glory.

The Labour deputy council leader said: “I think that transformation that has happened here over the last few years has been amazing.

“I’ve been bringing my children here now for 20 years and it’s always been a great, natural outdoor space for them to play.

“Whether it’s paddling in the stream, climbing the castle or climbing the trees, it’s just a great place where they can learn about the natural environment.”