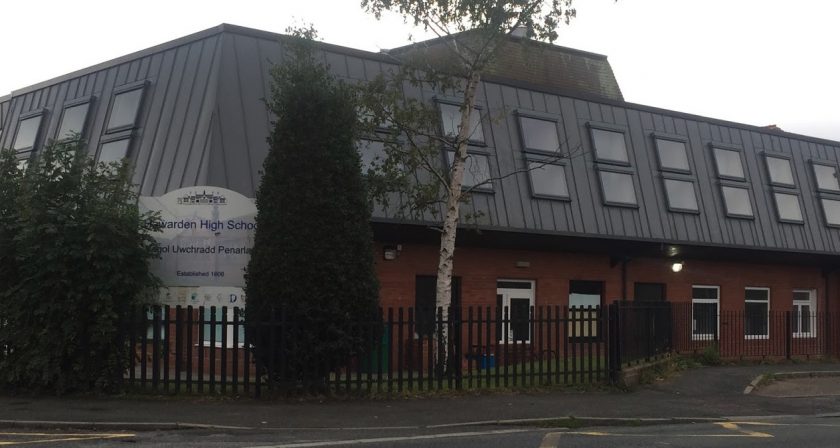 An extra £18m could be spent on upgrading Flintshire’s schools as new houses are expected to put pressure on the number of available spaces.

Flintshire Council had originally earmarked £85m for the latest phase of its 21st Century Schools programme.

That amount has now been increased to £103m with around 7,000 new homes outlined in the authority’s Local Development Plan (LDP).

Senior figures said they had considered whether to reduce the number of projects to keep to the initial budget, which would have impacted on schemes at Flint, Hawarden and Mold Alun High Schools.

However, the council’s ruling cabinet is now being asked to back plans to push for a rise in funding to accommodate all of them.

The authority’s chief officer for education and youth, Claire Homard, said: “There is compelling evidence to support the option for increased funding.

“We know that secondary schools need modernisation to ensure we continue to deliver the curriculum effectively.

“In addition to this, we have identified long term that both Hawarden High School and Flint High School may have potential future capacity pressures as a result of possible housing developments in the local area.

“We want to ensure the best possible educational outcomes for our students.

“In order to do this, we need to be ambitious and plan for the future and look to larger scale developments where appropriate, particularly where there is evidence of sustained local need.”

Some of the housing sites outlined in the LDP have proved controversial in local communities.

A 1,000 strong petition was handed to the council on Monday against proposals for nearly 300 homes on green-barrier land between Ash Lane and Park Avenue in Hawarden.

The proposed changes to the school improvement scheme include a review of education in Saltney and Broughton, where large scale housing developments are also expected to move forward.

In a report, Ms Homard said: “Several years ago, the council consulted key stakeholders in the Saltney area on a number of school organisational change models and at the time there was strong opposition to a 3-16 model in the area.

“The council did not pursue change at that time but made commitments to revisit and review education within the area in the future.

“Shifting demography, particularly in the secondary sector in Saltney and large scale housing developments linked to the proposed Local Development Plan, indicate that a full review of primary and secondary education provision should be undertaken to encompass the wider areas of Saltney and Broughton.”

If approved, the alterations would require an extra £11.7m to be provided by the Welsh Government, while £6.3m would come from the council itself.

The report will be considered by cabinet members at a meeting on Tuesday.