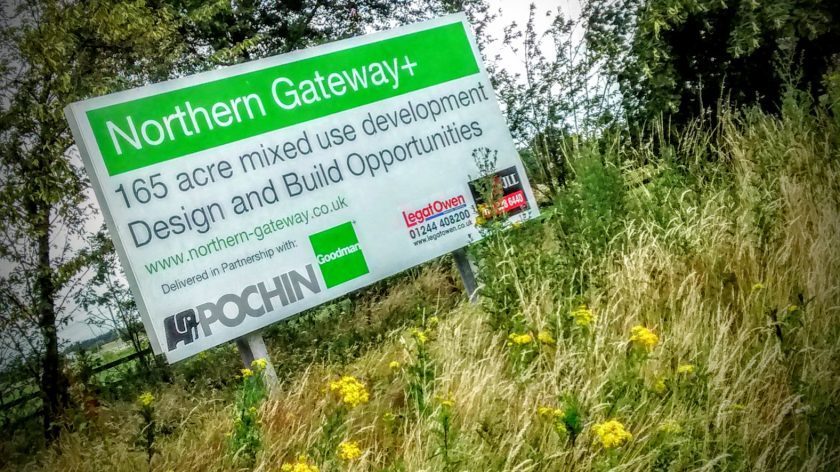 Detailed proposals have been submitted as part of multi-million pound plans to regenerate a former industrial site.

Developers Pochin are set to build 134 new homes on land at the former Corus steelworks’ site in Garden City.

It forms part of the crucial Northern Gateway site,  where outline planning permission was granted for housing, a hotel and technology park on land off Welsh Road back in 2014.

The overall scheme aims to breathe new life into the Deeside area by bringing hundreds of millions of pounds of investment and creating thousands of jobs.

The application addresses a number of conditions around issues such as flood protection, landscaping and environmental, which were set when permission was granted by the authority.

Planning consultants Spawforths, who are acting on behalf of the company, said the housing plans would lead to further investment in the site. They said:

“The site forms part of the Deeside Enterprise Zone and Growth Zone, which aims to be an engine for growth for the North Wales economy and is of national, regional and local importance.

They added that it would provide a ‘catalyst for economic growth’ and bring much-needed housing to address a shortfall in the area.

In 2016 work was carried out to build a single carriageway access road to unlock the site for development after £3.1m was awarded by the Welsh Government.

Ministers also allocated £2.2m which saw flood defence work completed along the banks of the nearby River Dee.

It includes an iconic Grade II listed clock tower, which was designed for John Summers and Sons, who founded Shotton Steelworks.