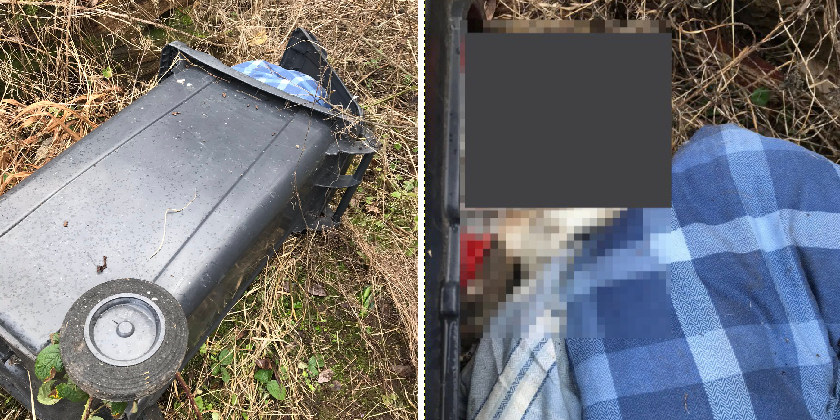 The body of a dead dog has been found dumped in an abandoned wheelie bin in Northop.

Jarred Livesey, a Northop Community Councillor stumbled across the grim find on Saturday.

Mr Livesey was walking along The Green in the village, when he spotted a wheelie bin in a lay by which is regularly targeted by fly-tippers.

On closer inspection, Cllr Livesey saw the body of a tan and white dog as the bin lid was open, the dogs bedding was also in the wheelie bin.

Cllr Livesey posted pictures of the bin and location on Facebook, he said: “Just come across this on my walk up The Green in Northop.

Absolutely disgusted. Fly-tipping is bad enough. For someone to fly-tip their dead pet dog and all it’s bedding at the side of the road in a rubbish bin is on another level.

He added, “The bin and it’s contents were removed by FCC [Flintshire Council] yesterday [Sunday] and a vet has been informed to carry out an examination on the dog.” 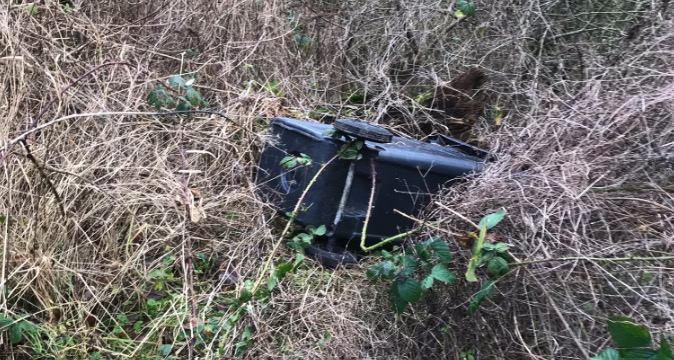 Flintshire County Council is appealing for information to identify the owner of the dog.

“The Council takes all reports of fly tipping seriously and an investigation is underway after a dead dog was found dumped in a wheelie bin near Northop.

The matter has been reported to the RSPCA and the Council is appealing for information to identify the owner of the dog and would urge anyone who may have seen anything suspicious in the area around the time of this incident to contact the Council or RSPCA.”

An RSPCA spokesperson said: “RSPCA Cymru is very saddened to hear about this incident, which would have been very distressing for the person who found this.

It is very upsetting to think this dog’s body was just dumped in a rubbish bin on the side of the road.

At this time we don’t know any of the circumstances behind this dog’s death or how the dog came to be at the location, so if anyone has any information about this incident please can they contact us on 0300 1234 999.”