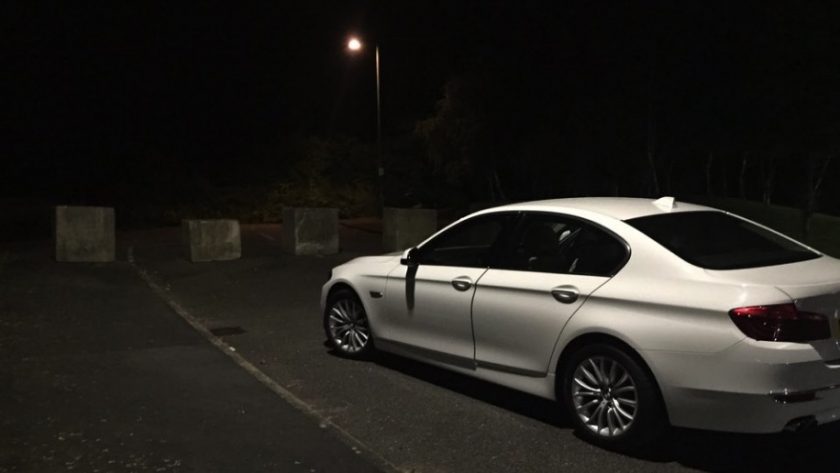 Two people were arrested in Hawarden during the early hours of this morning following a cross border pursuit involving three police forces.

Officers from West Mercia, Cheshire and North Wales were involved in the chase which ended on Manor Lane just after 2am.

Its alleged the two occupants of a white  4 series BMW fled the car into a nearby by field close to Manor Lane Industrial Estate. 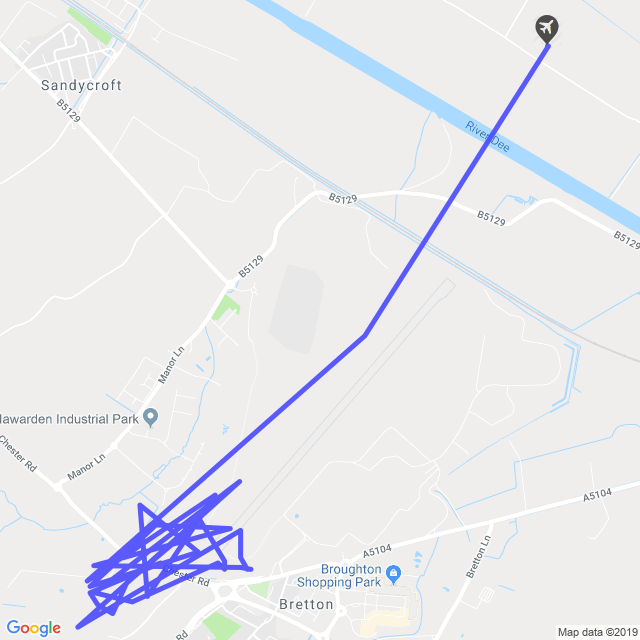 The vehicle is understood to have been stolen earlier following a burglary in the West Mercia force area at around 1am and pursued into Cheshire, Saltney than on to Hawarden.

The Hawarden based police helicopter was brought in to assisting in locating the suspects, it was spotted searching open ground close to the end of Hawarden Airport runaway and Chester Road.

One of the occupants was quickly spotted by the helicopter crew and ground units moved in to make an arrest.

Cheshire and North Wales Alliance dog unit were on hand to search for the other suspect who was located hiding in deep undergrowth by PD (Police Dog) Ike. 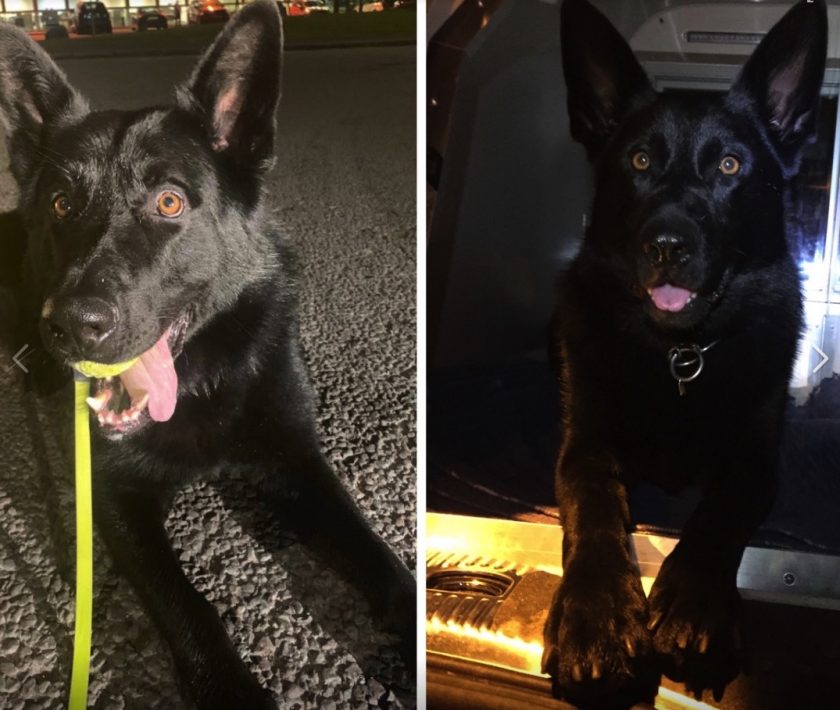 “Safe pursuit carried out by ourselves and no injuries to the driver or passenger, no damage to police vehicles & victims car has been recovered”