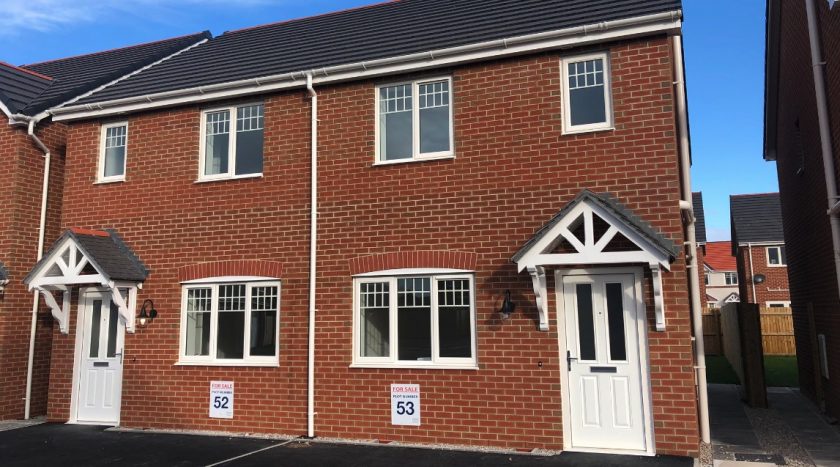 A council-run housing company says it wants to “significantly increase” the number of properties it owns.

North East Wales Homes Limited (NEW Homes) was set up by Flintshire Council in 2014 to boost the availability of affordable housing.

It currently manages 107 homes across Flintshire, including new build schemes and gifted properties negotiated with developers.

Its latest business plan outlined projections for a total of 207 additional units to be delivered.

It is now looking to recruit new directors to facilitate the extra developments.

In a report, the local authority’s chief officer for governance said it was important to expand the skills of board members.

Gareth Owens said: “NEW Homes is entering a new and ambitious phase of development with ambitions to significantly increase the number of houses it owns, and to expand the type of stock available from affordable rental housing to shared equity.

“The NEW Homes board has carried out a skills assessment of its members.

“Whilst the board as it stands has many key skill strengths, especially in respect of finance, it would like to increase skills and experience in the areas of housing development and management, including a high level of commercial acumen.

“It also needs to increase capacity and diversity amongst its board members.”

The current rules of the company permit as many as nine board members in total with up to three independent directors, five councillor directors and one council officer director.

There are currently four vacant posts and Mr Owens said the board believes it is no longer appropriate or necessary to have a council officer member due to a potential conflict of interests.

As a result, it would like to increase the maximum number of independent members to four.

Mr Owens added: “The board advertised for candidates and received a positive response.

“Given the strength of the candidates the board would like to potentially recruit more than one independent member, subject to interview performance and prior written consent of the council.

“In the event of any successful candidates for the role as board members for NEW Homes, Flintshire County Council will be asked to approve their appointment.”

Members of the authority’s ruling Labour cabinet will be asked to approve changes to amendments to the company’s rules when they meet on Tuesday .