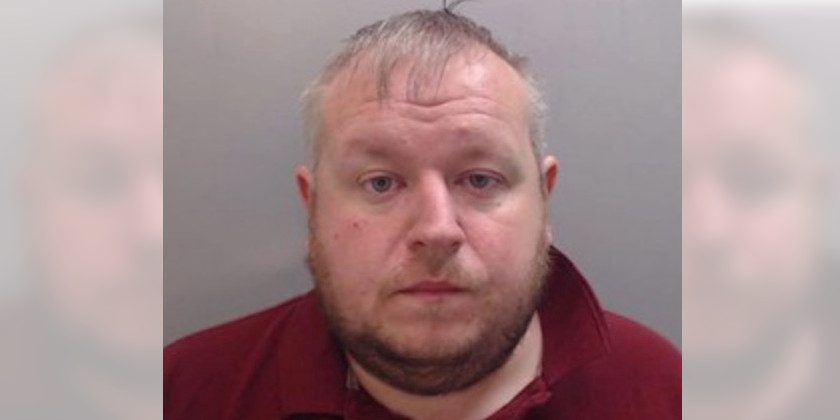 A teaching assistant from Chester who engaged in sexual activity with a former pupil has been jailed for a string of child sex offences.

Carl Jones, of Cherry Grove Road, pleaded guilty to all seven offences he was charged with.

The offences included causing a boy aged 13 to 15 to engage in sexual activity and downloading indecent images of children.

Jones was sentenced at Chester Crown Court on Friday 8 February. The 38-year-old was labelled ‘a disgusting man who perpetuates child sex abuse’ by judge Steven Everett and jailed for three-and-a-half years.

The case against Jones began on Monday 8 October when Instagram messages of a sexual nature that he had sent to a teenage boy were discovered by the victim’s parents.

Jones was subsequently arrested and officers seized his internet-enabled devices.

Analysis of these devices and Jones’ social media use revealed the extent of his offending.

The court heard that between 1 April 2018 and 30 April 2018 he had sent the teenage boy indecent images and videos of himself and incited his victim to do the same.

Jones had also engaged the boy in sexual communication.

He knew that his victim was under the age of 16 as he had worked at a school while the boy was a pupil there.

Forensic examination of Jones’ internet devices also revealed that he had downloaded and possessed a large number of indecent images and videos of children.

They included five images/videos of category A, which is the most serious type.

Detective Constable Victoria Hazlewood said: “I am delighted that Jones is now behind bars where he can no longer sexually exploit and pose a threat to boys.

“He took advantage of a boy he knew to be under the age of 16 for his own sexual gratification.

“This was a boy that had previously attended a school that Jones was working at as a teaching assistant.

“Jones sent the boy indecent images and videos and messages of a highly graphic sexual nature and incited his victim to do the same.

“He also downloaded and possessed more than 40 indecent images of children.

“I would like to thank all the officers involved in the investigation for their hard work in revealing the extent of Jones’ offending and I hope that the sentence he has been handed deters others from committing similar offences.”

On top of his custodial sentence Jones was ordered to sign the sex offenders’ register for life and given a lifelong sexual harm prevention order.

He was also issued with a banning notice preventing him from working with children and has to pay a £170 victim surcharge.

Chief Inspector Carlos Brunes, of the Chester Local Policing Unit, said: “This case highlights the need for parents and guardians to warn their children of the dangers of communicating with people via social media, to check that they are using those things safely and to keep an eye out for any warning signs of sexual exploitation.

“Cheshire Constabulary takes any allegation of sexual exploitation extremely seriously and I hope that Jones’ conviction encourages anyone who has been subjected to similar offending to report it to us.

“Victims should never feel ashamed to talk about what has happened to them.

“They will receive the help and support they need from our specialist officers and other support agencies we work alongside and any allegation will be thoroughly investigated, with the wishes and the needs of the victim as our main priority.”

To report a sexual offence call Cheshire Constabulary on 101.

For advice on identifying signs of sexual exploitation visit www.nspcc.org.uk/preventing-abuse/child-abuse-and-neglect/child-sexual-exploitation/signs-symptoms-and-effects.