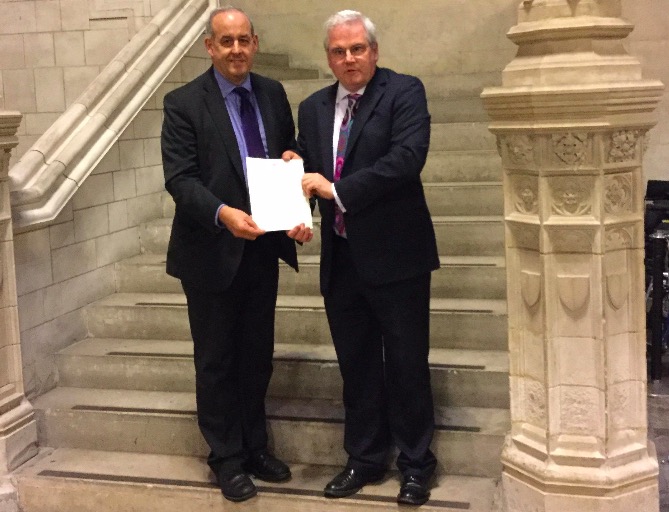 Alyn and Deeside MP Mark Tami MP and David Hanson MP for Delyn have joined with Flintshire County Councillors in their petition to the UK Government in securing a better deal for residents.

They have written to the Chancellor of the Exchequer prior to Wednesday’s Autumn Budget demanding that the ideologically driven cuts to local government are brought to a halt and that investment is put in its place.

Flintshire County Council (FCC) recently announced that it had completed its first round of cost cutting measures to reach the targets put in place by the UK Government.

These cuts amount to £3m of spending lost from services. In total the Council face a £14.5m funding gap because of forced austerity.

These cuts come on top of the 7% cuts forced upon the Welsh Assembly since 2010 by the UK Government.

As a result all UK Budgets will be set in Autumn with a statement being given in the Spring on independently derived figures showing how the UK economy is performing.

“This Autumn Budget will be one of the most important Budgets delivered by this weak and unstable government. They have a simple choice ahead of them: continue with ideologically driven austerity or listen to Labour and invest in our public services. So far the UK Government has ignored North Wales and this has create a tipping point for Flintshire County Council. More cuts will undermine our communities and cause damage to the public services we all need.

“Flintshire Councillors have been working tirelessly to protect the most needed services, but they can only do so much with such little support from the UK Government. If the Chancellor is concerned about wealth creation across the country he should announce a national scheme of investment and support our local authorities.”

“Our hard working councillors have done a remarkable job saving costs, whilst maintaining a high level of service. However they should not be put under continuous pressure to make cuts. Austerity is an ideological choice that is not working and means local authorities, like Flintshire, are unable to provide the service that they would like.

“The Chancellor needs to use this budget to abandon its failed policy of austerity and invest in our public services. Local authorities and the people that they serve would reap the rewards.”