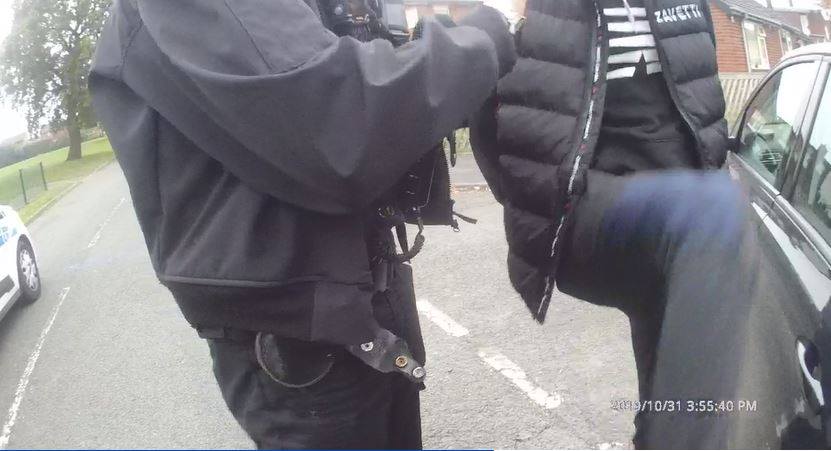 A photograph posted by police on their Facebook page shows the moment an officer from South Flintshire was ‘violently kicked’ in the stomach by burglary suspect.

“This is the type of thing we’re subjected to regularly for no reason other than doing our job.” PC Dean from South Flintshire police said in the post.

The incident took place yesterday afternoon as man was being arrested on suspicion of burglary offences.

In a post on the South Flintshire Police Facebook page, PC Dean said: “This photo shows the moment a suspect violently kicks a Police officer to the stomach.

This is the type of thing we’re subjected to regularly for no reason other than doing our job.

As a result of this he was arrested on suspicion of Burglary offences and assaulting an emergency service worker.

What he didn’t realise before hand is that we will react with such force to prevent him from causing us further injury.”