Campaigners set to protest outside Deeside construction site this morning

Police are warning motorist to be aware of a protest near Zone 4 of Deeside Industrial Park this morning, and if possible take an alternate route.

Members of Unite and other trade unions are staging another protest at Parc Adfer, the £800 million energy to waste construction site on Deeside Industrial Park.

Campaigners have been protesting outside the Weighbridge Road site since 6.00am

They are demanding that the French contractor CNIM “adheres to national construction sector agreements covering pay, terms and conditions,” as part of what Unite say is a campaign to “stop a race to the bottom in pay, conditions and safety at the site.” 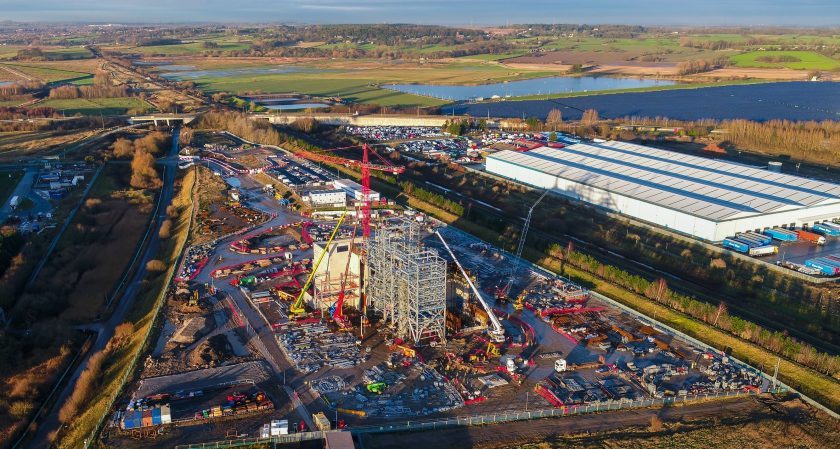 Unite say CNIM and its sub-contractors are refusing to apply national construction agreements and instead using the actual living wage as a minimum in setting pay, leaving workers with potentially 63% less pay.

The union has been applying pressure on the local authorities involved in the public private partnership and politicians in order to resolve the situation.

“As well as undermining national agreements CNIM is, according to Unite, undermining health and safety, welfare provisions, training and limiting the numbers of local labour it employs.” A union spokesperson said.

“The ‘race to the bottom’ and undermining of national agreements by CNIM on this public private partnership construction project is shameful.

Workers are short changed out of the proper rate for job while industry agreements and health and safety and welfare provisions are being undermined.

National agreements work for both workers and employers. Workers receive a fair rate of pay and operate in safe environment, while projects are delivered promptly to high standard on budget.

The local councils involved in the project and Wheelabrator need to take responsibility and tell CNIM to end the ‘race to the bottom’ and start honouring national construction agreements.”

CNIM has hit back at Unite’s claims, a spokesperson for the French company said:

The claim that CNIM excludes local workers is also not true. We held a jobs fair in May, which was attended by more than 150 people and since then, we have had an additional 120 people express interest in contracts.

Many of these contracts are still not yet let so to suggest they are not going to local companies or workers is clearly wrong.

We will be holding another jobs fair at the beginning of quarter two, which will be advertised soon. We have been working according to the Welsh Government Code of Conduct, which sets out best practice for projects like this.

This position is supported by the Unions and we also require our sub-contractors to work to the same guidelines.

There are 30 local companies who are currently or have been employed on site, and there will be more to come.

CNIM does not compromise health and safety on its sites and we dispute that health and safety, welfare provision and training is being undermined at Parc Adfer. We have had inspections from the local authority and HSE, which were exemplary.