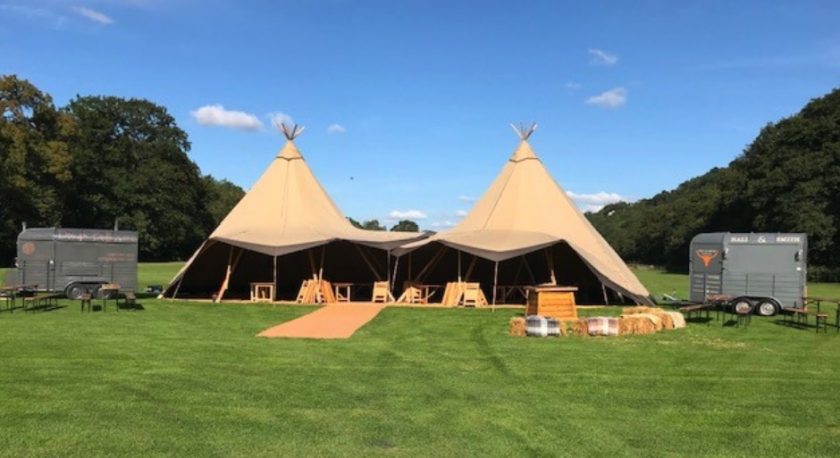 Plans by the owner of a hospitality business to sell pizzas and alcohol from his home in Flintshire have attracted a total of 80 objections.

Jason Stevens, who runs Rice Box Events, has applied for a premises license for Bryn Morgan House in Northop after seeing 95 per cent of his bookings for weddings and other events wiped out this year because of the coronavirus.

Since lockdown measures were introduced in March, Mr Stevens has kept his business going by using a converted horsebox to sell wood fired pizzas from outside the property.

In a blog post on his website, he said it had become popular with NHS staff and other key workers left with little time to cook.

With business as normal looking unlikely until next year, Mr Stevens has now applied for permission to sell food and drink from a large tipi and several horseboxes at the address on Starkey Lane.

He also wants to be able to play both live and recorded music to provide entertainment.

However, a total of 80 objections have been received against the proposals amid concerns it would cause a nuisance for people living nearby.

Neighbour Steve Williams is among those who have urged councillors to dismiss the request ahead of a licensing meeting later this week.

In an e-mail to Flintshire Council, he said: “There is only one field dividing us from this event tent and I have clear view of it from my back garden.

“There will be absolutely no doubt that live music and crowds drinking alcohol will be able to be heard at my house.

“We will be able to hear live or recorded music and people drinking alcohol and laughing etc.

“This would be nothing but a public nuisance and distressing to the family.”

He added: “In summary, I feel the increase of traffic and speed is dangerous, the live music and people fuelled with alcohol to be a public nuisance and sometimes this could lead to criminal activity, break ins and more litter.

“Please stop this from going ahead and keep Starkey Lane safe.”

The local authority’s environment department has also objected due to the lack of details provided about measures to prevent a public nuisance.

The application seeks permission to serve alcohol from 4pm to 11pm from Tuesday to Thursday, 12pm to 11pm on Friday and Saturday and 12pm to 10pm on Sunday.

Meanwhile, live music could be played between 7pm to 10.30pm on Thursday and 7pm to 11pm on Friday and Saturday.

But Mr Stevens insisted live events would not be a regular occurrence and claimed approval was needed to keep his business running during the COVID-19 crisis.

He said: “It’s looking like 2021 may just see the start of business as usual for us so we do have to work hard, creatively and with speed, energy and enthusiasm to survive and also provide a service and sense of belonging to our community as we have demonstrated in the past 14 weeks.

“We appreciate that the local community may have some concerns about this and I just want to clarify some urban myths before they get in the way of what could be an amazing addition to community socialising.

“We will have background streamed music in the Tipi and more along the lines of Michael Buble than the Foo Fighters.”

He added the outdoor environment would protect people from the spread of the virus.

The application has also received 35 letters of support, including from businesses who have worked with Mr Stevens.

Deeanne Rothwell, who runs the Top Monkey pub in Northop Hall, who described him as “highly responsible”.

The proposals will be considered at a licensing sub committee meeting being held on Friday .