UPDATE: It’s been confirmed by Cheshire Police that officers were searching for a man wanted in connection with an robbery in Cheshire.

A police spokesperson said: “At around 3.15pm today, Tuesday 2 June, local officers, supported by armed officers, attended Broughton Retail Park as part of a search for a man wanted in connection to robbery in Cheshire.

Officers conducted a thorough search of the area and were unable to locate the man. However they have seized a vehicle in connection with to incident.”

UPDATE: The police helicopter has left the area and returned to the nearby airport base.

North Wales Police have told us the operation was led by Cheshire Police.

Police at Broughton – thanks to Stephen for this video. pic.twitter.com/YhEReOixkl

There are multiple reports that armed police are attending Broughton Shopping centre this afternoon.

Several people have been in touch to say there are multiple police cars, including dog units, at the Tesco end of the retail park.

The police helicopter is overhead. 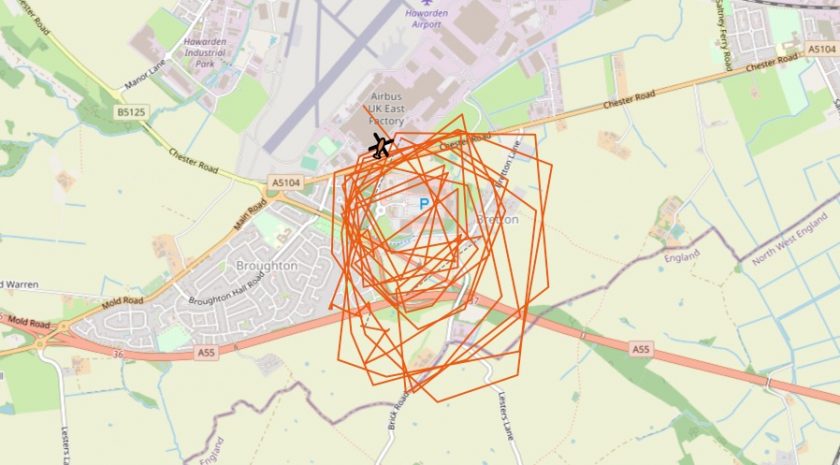 No official detail has been released as of yet, however we have asked North Wales Police for comment.