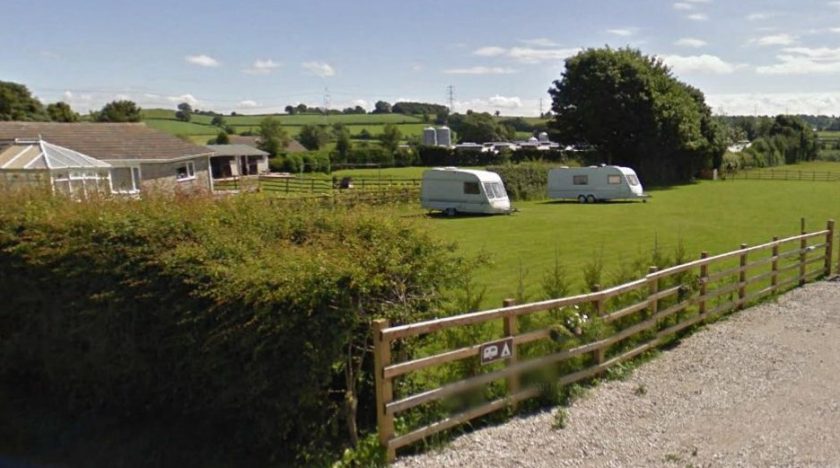 The owner of a Flintshire caravan park has lost an appeal against the rejection of plans to expand it.

Bryan Parry wanted to add an extra three touring caravan pitches, five chalets and a replacement toilet and shower block to the Ridings Caravan and Camping Park in Babell.

Permission for the scheme near Holywell was denied by councillors at a meeting in May following concerns from neighbours about the impact on the countryside and traffic.

In October, Mr Parry took his case to the Planning Inspectorate in a bid to overturn the decision made by Flintshire Council’s planning committee.

But the inspector appointed to oversee the appeal has backed their conclusions.

In her report, Claire MacFarlane said the proposals would be harmful to the surrounding area.

She said: “The appeal site consists of an existing touring caravan and camping site, and adjoining land to the north and east, which is located outside of any settlement boundary and within open countryside.

“The surrounding area has a rural character, with a fragmented pattern of development, agricultural land and relatively narrow highways edged with trees and hedgerows.

“The introduction of permanent chalet buildings, a formal play area and larger amenity block would substantially increase the built-up appearance of the site.

“This would be further increased by the introduction of access roads and parking which, although designed to have a low profile, would result in a more formalised layout and appearance which would be at odds with the surrounding rural character.”

She added: “The external materials proposed would give the chalets and amenity block a muted appearance, and the adjoining poultry buildings provide a backdrop for certain views of the site.

“However, this would not negate the increased prominence of the chalet site within the surrounding area and resultant harm to the rural landscape.”

Mr Parry bought the site in early 2017 and his application was supported by the council’s chief planning officer, who acknowledged the positive economic impact it would have.

But Cllr Chris Dolphin, who represents Whitford, said it would result in a significant increase in the current number of pitches at the site.

The suggestion to refuse the scheme was backed by a narrow margin of eight votes to seven at May’s planning meeting.

Although Ms MacFarlane concluded the plans would not impact road safety, she said it was outweighed by potential damage to the character of the area.