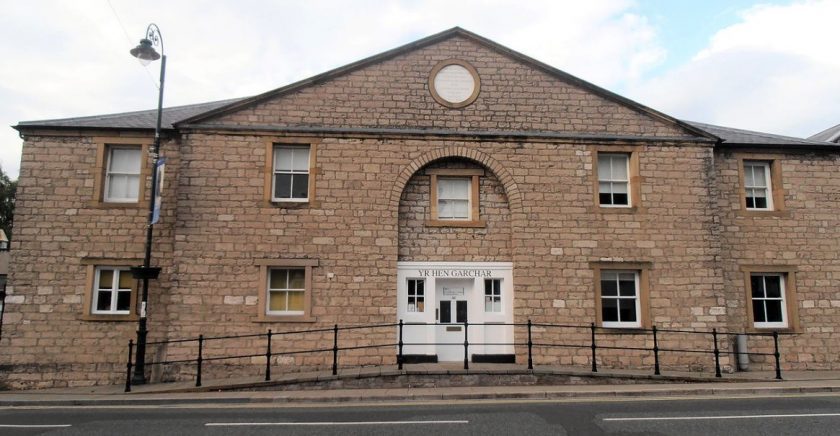 There is growing opposition to Denbighshire’s plans to shut its archives and move them out of county.

Last week councillors on the communities scrutiny committee voted in favour of  the £16.6million scheme.

It would see the county close its archives at Ruthin Gaol and move them into a new state of the art facility next to Mold’s Theatr Clwyd where they would be housed alongside Flintshire’s material.

But opposition has been voiced by Denbigh county councillor, Glenn Swingler, one of two members on the committee who voted against the plans, he has been joined in raising concerns by a cabinet member.

Ruthin county councillor Bobby Feeley, who is the cabinet member responsible for well being and independence has come out against the plans.

She said: “Denbighshire should not be contemplating spending £2m, towards the £16.5m cost of moving Denbighshire Archives to Mold in Flintshire, particularly as there  are no firm plans for Ruthin Gaol and no money currently allocated to the site, only vague plans to improve the tourist attraction.

I understand Welsh Government are going ahead with a £30m redevelopment of Theatr Clwyd and the proposal for a new build archive on the site next door could be viewed favourably by the Heritage Lottery Fund  (HLF) to enhance this large ambitious scheme.

As a Ruthin local member I am unable to see what benefit this holds for Ruthin or indeed Denbighshire.

“The current position is that SIG (Strategic Investment Group) has approved the bid to go forward as an expression of interest to HLF for 70% of the cost, if successful Denbighshire should know by January, when it would have to go through Cabinet for approval.
If not then there would be no move.”
The current arrangement where the archives are housed in the Gaol is no longer viable according to council officers over what they say is a lack of space.
The estimated cost of delivering this project is £16,650,344, of which Denbighshire Council would be asked to contribute £2,034,521.
Upper Denbigh and Henllan county councillor, Glenn Swingler, said: “Denbighshire are planning to move another service out of the county.
For those that want to see Denbighshire history it will only be available in Flintshire.
I’m sure there are lots of buildings within the county that could be used.
But I just don’t understand why they would want to move this asset out of the county.
We know it brings people to Ruthin to see the archives and they spend money in the county so why would you spend money that frankly we do not have on losing an asset?”

Health Minister: Some progress being made from lockdown measures but ‘zero chance’ they will lifted