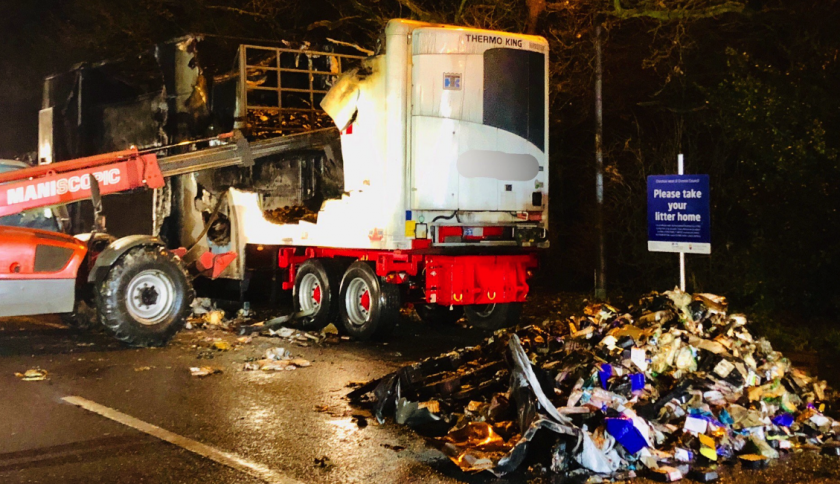 The A540 Chester High Road near Neston has reopened this morning following an overnight closure.

An HGV trailer containing around 30 tonnes of food caught fire at around 5.30pm on Thursday.

The road was closed to allow the fire service to deal with the blaze and debris to be cleared.

Task Force officers are working with CFB and recovery to clear up the mess of over 30 tonnes of burnt food following a lorry fire on the A540 tonight, we are hoping to have it cleared before 7am. Smells like a big wet BBQ! pic.twitter.com/wjEWZlI3IX