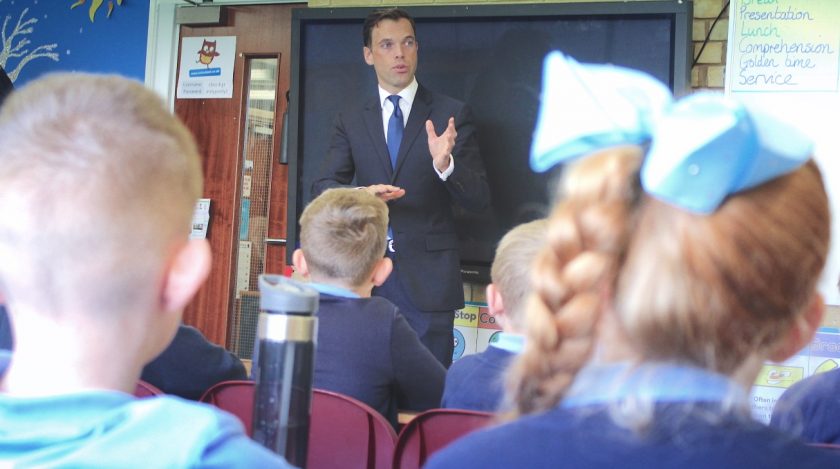 A controversial 50mph speed limit on the A494 through Deeside has seen harmful emissions reduce according to transport minister Ken Skates.

The Welsh Government introduced 50mph speed reductions on five 70mph stretches of road in Wales – including the A494 and the part of the A483 in Wrexham – where nitrogen dioxide (NO2) emissions were found to be above the legal limit as set out by an EU directive.

The reduced speed limits were introduced at each of the locations as “research demonstrated the potential to bring immediate improvements to air quality, and bring forward compliance” the Welsh Government said.

Average speed cameras have also been installed on the A494 and A483 in a bid to enforce the 50mph speed limit, they became operational for monitoring last month.

To highlight that the cameras are monitoring speed limits for environmental and not road safety reasons, green coloured camera shields have been added to them as an alternative to the standard yellow shields.

Mr Skates revealed that an interim data report on the first 12 months of the 50mph speed limits being introduced – to be published on Monday – has shown a reduction in NO2 levels along the A494 in Deeside.

The transport minister paid a visit to St.Ethelwold’s Primary School in Shotton on Friday where he discussed air quality issues on the nearby A494 with pupils.

“I am encouraged by these findings in the first year of these speed limits, but it is vital we continue to reduce emissions in order to save people from the risk of developing potentially serious health conditions.

We believe that as a result of putting the average speed cameras in, we will see a further reduction in nitrogen dioxide.

Most motorists would make a responsible choice, the selfless choice, do you want to save 54 seconds by driving at 70 miles an hour rather than 50 miles an hour, willingly and knowingly contributing to maximum dioxide levels that could shorten the lives of people nearby?

I think responsible motorists would appreciate that spending one minute more in that car to cut nitrogen dioxide poison to below a dangerous level is a responsible thing to do.”

Critics of the 50mph speed limit have pointed to the emissions from heavy industry close to the A494 as a major contributing factor to pollution along the route, Mr Skates said:

“There are public health watchdogs in place to make sure that they don’t emit dangerous levels of pollution.

Until now, we haven’t had a similar protective arrangement in place for roads.

Whilst we’re seeing a huge reduction in the amount of emissions from factories, and from other contributing factors such as power generation, we’re not seeing that reduction on the roads.

And so for the short term, at least, whilst we undergo the transition to ultra low emission vehicles we need to do something to cut the amount of poison that is affecting the kids that live nearby.

And I think most reasonable people would recognise that in order to prevent children from developing really serious health problems. It’s okay to spend another minute on the road.”

The Welsh Government says that more data will be required to assess “if this improving air quality trend can be confirmed.”

A further report is due to be published in March 2020, with the speed limits remaining in place until the levels of nitrogen dioxide drop and remain below the legal limit.