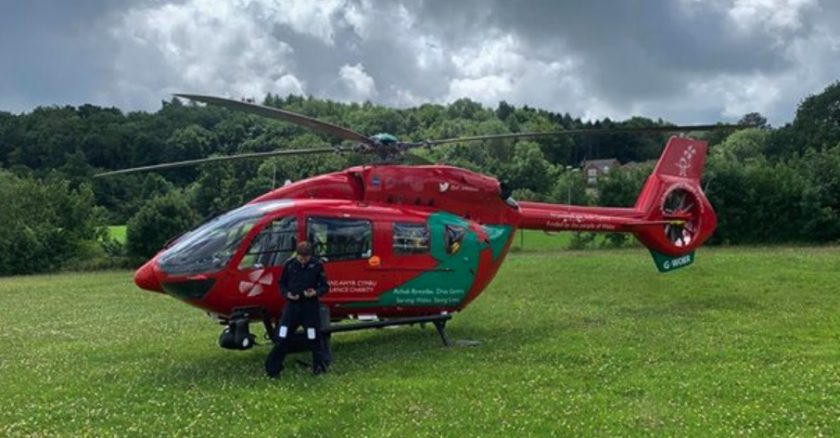 Update: A cyclist has been seriously injured following a road traffic collision near Loggerheads in Mold earlier this afternoon (Friday, 10th July).

Shortly after midday police were called to a collision on the A494 involving a pedal cyclist and a Land Rover Defender.

The emergency services attended the scene, including the Wales Air Ambulance and the male cyclist was airlifted to hospital in Stoke with serious, life-threatening injuries.

Sergeant Steve Richards of the Roads Policing Unit said: “We are appealing to anybody who may have witnessed the collision, or anybody who was in the area and who may have dash cam footage to contact us.”

The road remains closed whilst the Forensic Collision Investigation Team carry out an examination of the scene.

Anybody with information that could assist with the investigation is asked to contact officers at the Roads Policing Unit in Llay on 101 or via the live web chat quoting incident number Y098045.

Earlier report: The A494 at Loggerheads is currently closed following a serious collision involving a pedal cycle and a vehicle.

A Wales Air Ambulance attended the incident along with other emergency services.

The aircraft has left the scene and heading to the major trauma centre at Royal Stoke Hospital.

Police have asked, “Anybody who may have witnessed the incident should call us quoting reference number Y098045”.

Pat has sent us a picture of the air ambulance that has landed by Gwernymynydd this afternoon https://t.co/uoCRDtewV3 pic.twitter.com/8Dk8Ejggal

“Road closed due to collision, a vehicle and a cyclist involved on A494 both ways between (Loggerheads Garage) and A5119 Ruthin Road (Gwernymynydd roundabout).