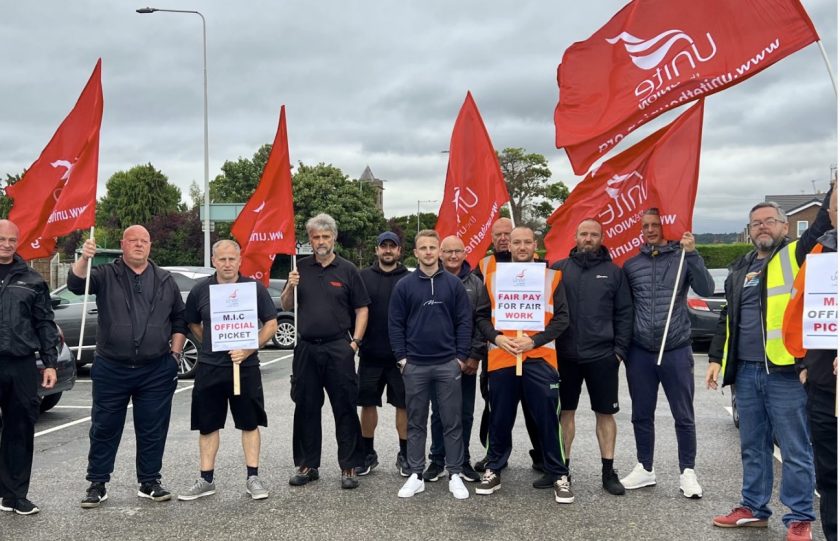 Workers at a Broughton-based company that supplies Airbus and Magellan Aerospace have gone on strike.

Around 40 skilled workers at Metal Improvement Company (MIC) are taking a series of one-day strikes in a dispute over pay.

The company, which produces coatings to protect a range of components for the aerospace industry, made pre-tax profits of £36.2 million in 2021, a 26 per cent increase from the previous year.

But the company is offering workers a pay deal which significantly falls behind inflation, Unite Union has said.

Unite general secretary Sharon Graham said: “This specialist manufacturing company has the financial resources to support its workforce with a pay deal which keeps up with inflation.

“The workers have Unite’s full support. They deserve a fair pay deal which protects their incomes and recognises the contribution the workers have made to this successful business.”

Strike action by MIC workers is also planned for 24 and 31 August.

Unite regional officer Jono Davies said: “Bosses have refused to sit down across the table and negotiate. Their failure to engage is now leading to a series of strikes.

“It’s time for management to face the union and negotiate a fair pay deal.”