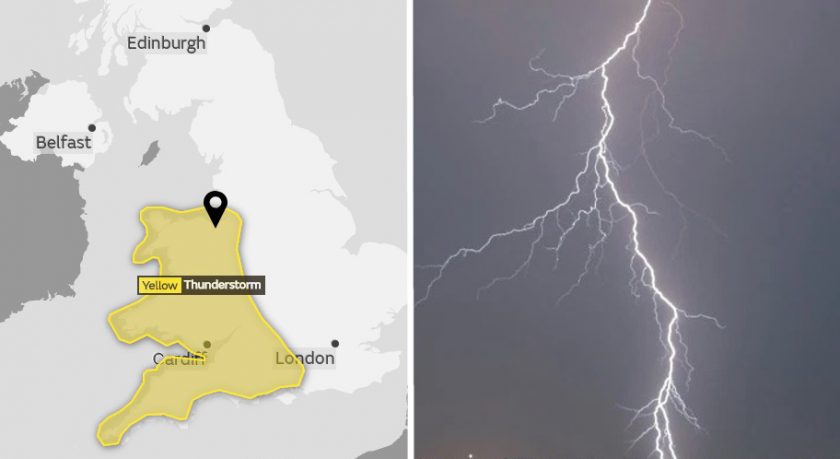 “There is a good chance driving conditions will at times be affected by spray and standing water, leading to some minor journey delays. Some short-term loss of power and other services due to lightning strikes is possible.” The Met Office says. ‌﻿​﻿‌﻿‌﻿‌﻿​﻿‌﻿‌﻿‍﻿‌﻿​﻿‌﻿‌﻿‌﻿​﻿‌﻿​﻿‍﻿‌﻿​﻿‌﻿‌﻿‌﻿​﻿‌﻿​