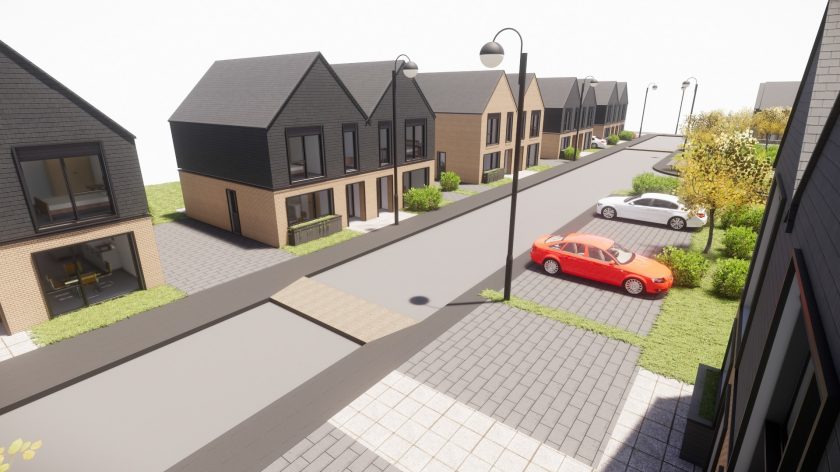 Plans to build 24 new homes on the site of a former Laura Ashley factory in Flintshire have been given the green light.

Permission for housing has been granted on a number of occasions for land on Pontybodkin Hill in Leeswood, near Mold.

However, although the plant has been demolished, none of the schemes have moved forward.

Foxbury Developments applied to Flintshire Council in September 2018 in a bid to progress the proposals.

Planning committee members met virtually to discuss the latest plans on Wednesday after they were recommended for approval by a senior officer.

The majority of councillors voted in favour, despite one member raising fears that the company was trying to duck out of providing any affordable houses.

Cllr Richard Jones suggested the firm had chosen to build one below the number of properties which would trigger a requirement for some to be offered at below market value.

He said: “Members have to really be aware of what’s going to happen here.

“When they’re bringing 24 residential buildings, we know they’re going to build on the other half (of the site).

“It’s clear we’ll end up with a big density and no affordable housing once again.

“If members are inclined not to bother with affordable housing, they need to say so.”

In response, officers said the developers originally wanted to build more housing at the site by creating an apartment block.

But they were asked by the local authority to substitute it for two bungalows instead amid concerns about its proximity to an existing property.

Speaking in support of the scheme, Cllr Chris Bithell, cabinet member for planning and public protection said: “When seeing 24 in an application, I was suspicious, but on reading the report in detail it’s quite evident the proposal was for more units than this.

“It was actually our officers who ruled that out and negotiated a lower number on that site because it would’ve meant the overlooking of a bungalow that’s adjacent.

“It’s not the applicant in this case trying to pull a fast one on us by coming in under the bar of the 25 or more that would necessitate affordable accommodation on the site.”

Connah’s Quay South councillor Ian Dunbar also backed the plans as he said there was support for it within the community.

He said: “I have had a word with the local member, and he has asked to say that people have not objected to this from the word go.

“They are quite happy for this to go ahead because the place needs to be sorted out.

“It’s become derelict and they’re happy to go along with the local member in asking for this to be approved.”

The application was given the go ahead with 13 councillors voting in favour and two against.

Permission was granted subject to the developers paying £92,000 towards a new toilet block at Castell Alun High School in Hope and £26,000 to improve a play area at Ffordd Siarl, Leeswood.