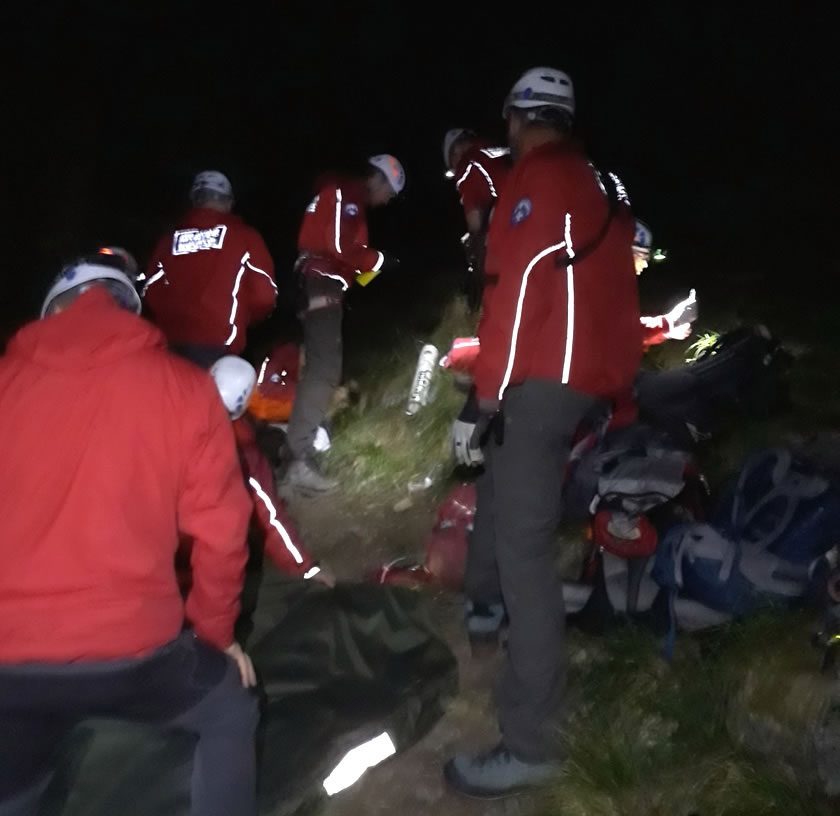 Mold based North East Wales Search And Rescue (NEWSAR) have released details of a call out outside of Llangollen late yesterday evening.

The rescue team were called out to a report of a fallen climber at World’s End near Llangollen.

The patient was treated at scene then stretcher carried by the search and rescue team who then handed them over to the ambulance service.

The Search & Rescue helicopter was spotted circling above the area – very close to where fires have been spreading on a nearby mountain.

The large Search & Rescue Sikorsky helicopter appears to be circling close to the area where the fires are by the Horseshoe Pass right now pic.twitter.com/JS46HXy4oM

NEWSAR published the below picture saying: “Picture from the callout last night. It was very dark by the time we were finished.”

You can read more about fundraising and donation to NEWSAR via this link.