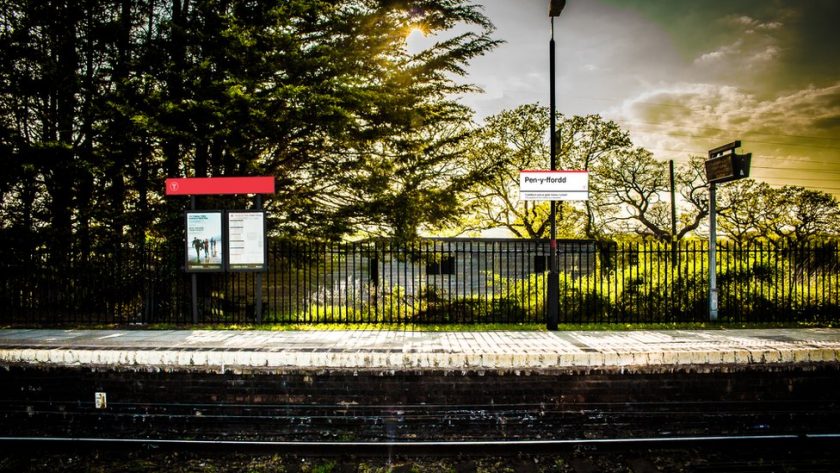 Business and local authority leaders have endorsed the bid to the UK Levelling Up Fund (LUF) from member authority Flintshire County Council seeking £30 million for investment in the Borderlands railway line between Wrexham and Liverpool via Bidston.

Three investment schemes are contained within the bid are aimed at accelerating progress towards higher frequency, faster and more reliable services attracting more passengers they  are:

The LUF focuses on capital investment in local infrastructure with the aim of having a visible, tangible impact on people and places and supporting economic recovery.

The UK Government has stated that the LUF is intended to create opportunity across the country and that it will prioritise bids that invest in regeneration and growth in places in need and areas of low productivity and connectivity.

Whilst the LUF is focused on investment in projects that require up to £20m of funding, the UK Government created scope for investing in larger high value transport projects such as Flintshire’s.

The bid contains a priority letter of support from local Westminster Member of Parliament for Alyn & Deeside, Mark Tami (Labour) and a supporting letter from James Davies MP (Conservative, Vale of Clwyd) on behalf of the Mersey Dee and North Wales All Party Parliamentary Group, as well as additional letters from business organisations and local political leaders across the region.

“This route will support the UK and Welsh Governments’ shared desire to take action on climate change, in this case by seamlessly connecting to a new North Wales Metro based on bus and active travel corridors linking rail with key residential and employment centres – connections which are not available currently – as well as with public transport projects planned for the Liverpool City Region.

Our aim is to provide people in North Wales and North West England with the best access to job opportunities, skills enhancement and educational facilities regardless of which side of the Wales-England border they live.”

“There is a shared vision for transformation of the Wrexham-Liverpool line across all the local authorities and business organisations in the Growth Track 360 alliance and by the Welsh Government.

“The rules of the UK Levelling Up Fund placed Flintshire Council in the strongest position to make an application for a package of investments beneficial to all communities on the route. ”

“We look forward to a really positive engagement with the UK Government to take this process forward.”

The Wrexham and Bidston Rail Users Asoostion has welcomed the funding bid, a spokesperson said: “Improvements to the route to effectively connect people with work and leisure are long overdue.”

“A more frequent passenger service, starting earlier and continuing through the evening will unlock the potential of Deeside Parkway and a park and ride interchange at Penyffordd.”

“At the moment the first trains are too late for many workers and the hourly service frequency during the day, significantly less in the evening, is unattractive for many potential passengers.”

“TfW is planning to introduce additional services from this December although no details have yet been published.”