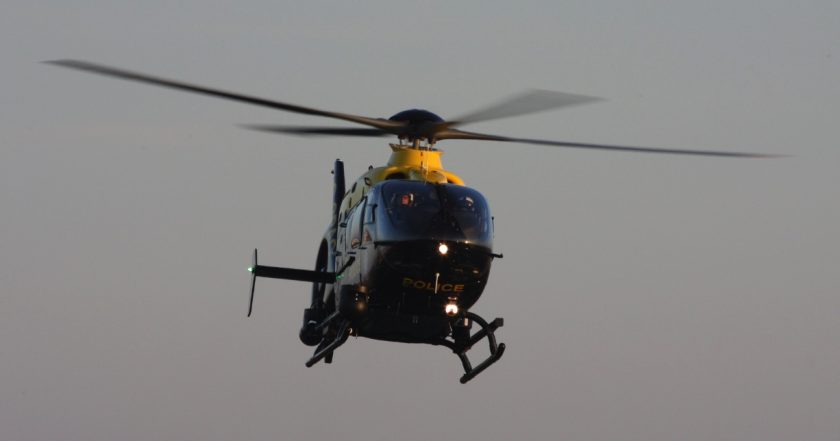 Several people got in touch with Deeside.com on Saturday evening trying to find out why a police helicopter was over Wepre Park area for a fairly lengthy period of time.

The Hawarden based National Police Air Service helicopter was first seen at around 8.30pm and carried out multiple circuits over Connah’s Quay and Shotton.

The powerful ‘Nightsun’ beam from the onboard searchlight could be seen illuminating wooded areas close to Wepre Park as the aircraft circled overhead for around 30 minutes.

Nick got in touch with us just after 10.40pm on Saturday to say “Something happening in Wepre Park. Significant emergency response couple of hours ago including helicopter. Still police and rescue at the Park.”

Deeside.com contacted the Mold based North East Wales Search and Rescue team (NEWSAR) on Sunday who confirmed they were on a callout at Wepre Park throughout the night and for ‘many hours.’

In a statement today a spokesperson for NEWSAR said:

“On Saturday evening we were called by North Wales Police with regard to a person missing in the Deeside area.

After several hours searching alongside Police Officers, one of our teams located the missing person and then provided urgent first aid, before they were evacuated to meet a Welsh Ambulance Services NHS Trust crew for onward transport to hospital.”

We responded with two rapid response vehicles and one emergency ambulance, where a male patient was taken to the Countess of Chester Hospital, Chester.”