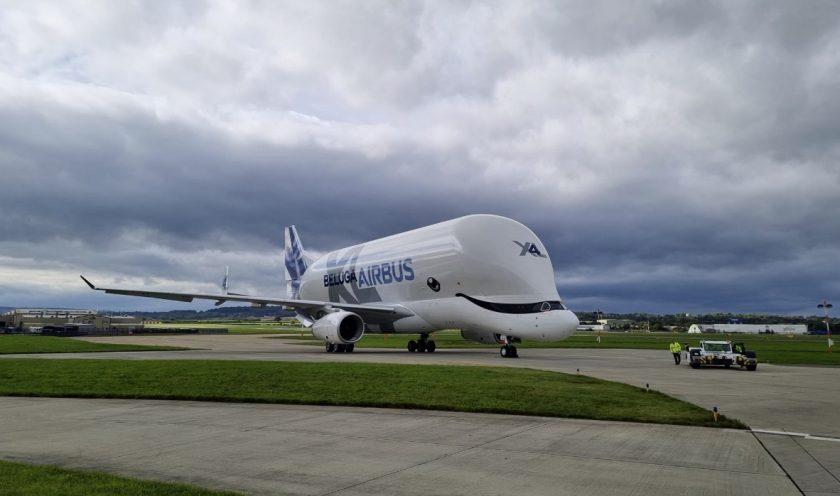 The latest Airbus BelugaXL to be built will land at Hawarden airfield this morning.

BelugaXL 4 is scheduled to land just before 11am, subject to confirmation.

BROUGHTON | Keep your 👀on the skies tomorrow as we look 4⃣ward to welcoming #BelugaXL LJ (#4) to Hawarden Airport for the first time. ETA is currently 10.55am local but always STC. ✈️🐳4⃣ pic.twitter.com/e6iOlbrTjT

Airbus is building six of the XL transporters which will eventually replace the now 20-year-old Beluga ST fleet.

All six BelugaXL freighters will be operating by the end of 2023.

At 63 metres long and 8 metres wide, the BelugaXL has the largest cargo bay cross-section of all existing cargo aircraft worldwide. The BelugaXL can carry two A350 XWB wings compared to the BelugaST, which can only carry one.

The BelugaXL is based on an A330-200 Freighter, enabling the re-use of existing components and equipment and is powered by Rolls Royce Trent 700 engines.

The lowered cockpit, the cargo bay structure and the rear-end and tail were newly developed jointly with partners, giving the aircraft its distinctive look.

BelugaXL first made its debut in Deeside on Valentine’s Day 2019.