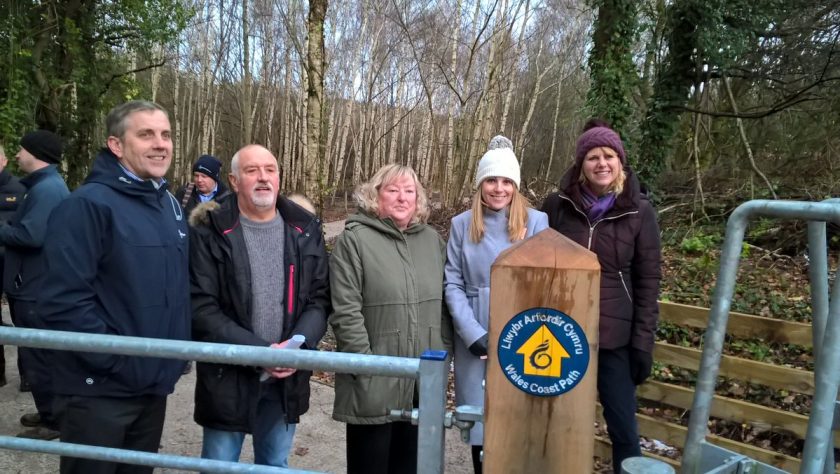 Walkers in North Wales will be able to enjoy even more of our great outdoors after the Minister for Environment opened a new section of the Wales Coast Path in Flintshire.

“It gives me great pleasure to officially open this new section of the Wales Coast Path. Wales quite literally blazed a trail in 2012 when we became the first country anywhere in the world to build a footpath around our coast. ‌﻿​﻿‌﻿‌﻿‌﻿​﻿‌﻿‌﻿‍﻿‌﻿​﻿‌﻿‌﻿‌﻿​﻿‌﻿​﻿‍﻿‌﻿​﻿‌﻿‌﻿‌﻿​﻿‌﻿​

“Flintshire’s Countryside team put the idea of a footpath to Warwick Chemicals who were fully supportive of the plans which allowed us to go ahead and secure funding from Natural Resources Wales. ‌﻿​﻿‌﻿‌﻿‌﻿​﻿‌﻿‌﻿‍﻿‌﻿​﻿‌﻿‌﻿‌﻿​﻿‌﻿​﻿‍﻿‌﻿​﻿‌﻿‌﻿‌﻿​﻿‌﻿​